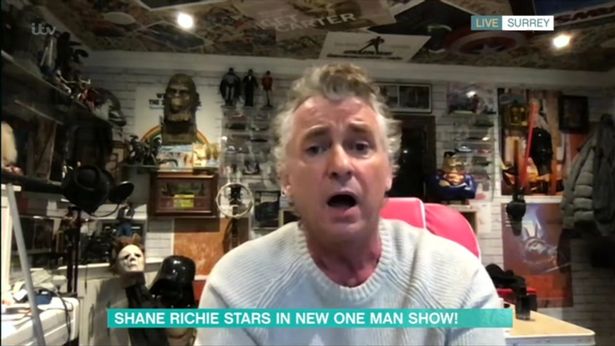 Shane Ritchie appeared on This Morning on Friday where he spoke to hosts Alison Hammond and Dermot O’Leary about his new West End venture.

Shane is reprising his role as drag queen Hugo/Loco Chanelle in Everybody’s Talking About Jamie, and he will need to fit into a size 12 dress for his character.

He explained he lost a stone during his stint on I’m a Celebrity, which was won by Giovanna Fletcher, but the weight crept back up in lockdown.

“When I was in the castle I managed to lose just over a stone in weight, and in January we were supposed to open at the Apollo, but sadly, like everything, we went into lockdown,” said Shane.

“It was strange, bringing from something on stage, making it for television, so my performance had to change, I had to bring the performance of the larger than life character back down.”

He added: “Although I am playing a clown, it is a very dark story.”