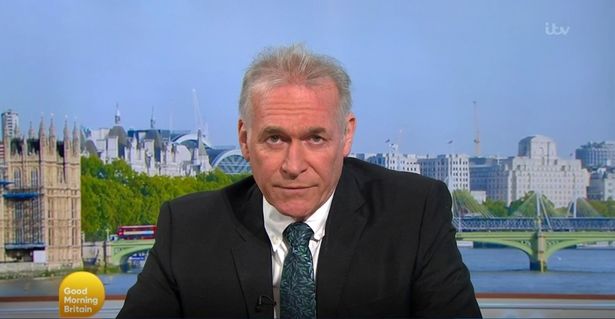 Dr Hilary Jones slammed an “alternative” to the Covid-19 vaccination that had been making the rounds on the internet.

Piers and Dr Hilary both voiced their disgust over hundreds turning up for an anti-lockdown protest outside St Thomas’ Hospital on New Year’s Eve.

A junior doctor had shared a photo of of the crowd, who claimed that they were shouting that “Covid is a hoax”.

Meanwhile, Dr Hilary raged: “They’re totally ignorant – and to give you some idea of their ignorance, there’s tweets going around the last few days saying, ‘Instead of a vaccine, why don’t we get a weakened form of the virus that we can put in our bodies to stimulate antibodies to fight it.’ That is a vaccine!

“So we can thank the anti-vaxers for coming up with the idea of the concept of a vaccine 100 years later!”

Later on in the programme, Piers and Susanna will be interviewing Health Secretary Matt Hancock on the news regarding schools’ staggered reopening and Prime Minister Boris Johnson’s prediction that “tens of millions” would be vaccinated by April.