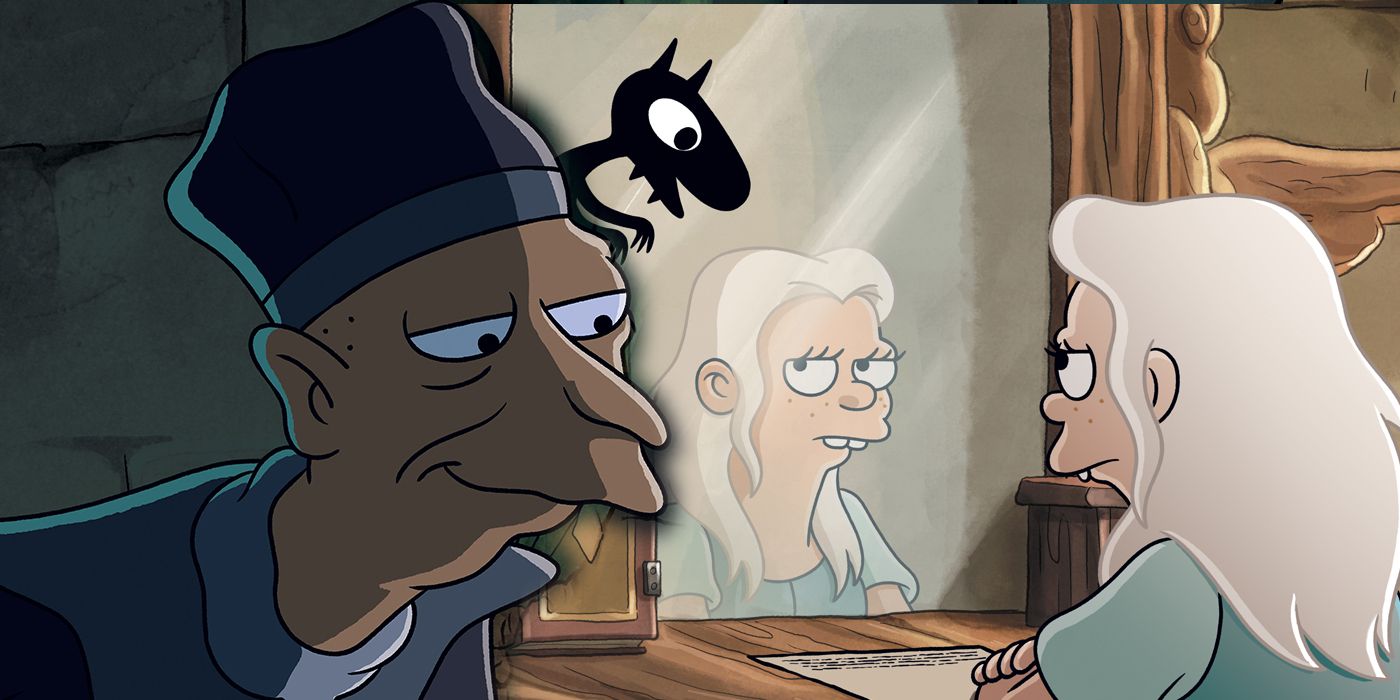 There are a number of other plot threads left dangling following Disenchantment season 3’s ending. The fate of Bean’s new love interest, Mora, is unclear, as is whether or not the experience actually happened (although the show heavily implies that it wasn’t all a dream). The laughing horse, which was last seen tied up in Steamland, was never addressed. Dagmar’s ultimate plan is also a mystery — as is her relationship with the Trøgs (and why she ate their brains) — although the finale hints that she may have been working with Alva and Steamland all along. What the Ogres want with Elfo is also unclear; while they claim to want him as retribution for his violent act, there have also been hints in the past that he may be of Ogre heritage. It’s possible Elfo is actually being reunited with his mother. Elfo’s parentage is likely to be addressed in subsequent seasons, as this has been one of the longest-running mysteries of the series.

There are a number of unanswered questions regarding the fate of Zøg as well. Disenchantment season 3 ended with the torture-loving Chazz, who previously rehabilitated the King in “Castle Party Massacre,” bringing Zøg to an asylum. It’s possible that the king will recover and be able to return to Dreamland, but if that is even possible is unclear. Zøg is still cursed, and what that means is currently unknown. Furthermore, he was drawn to a ventriloquist dummy named “Freckles” who is implied to have some sort of magical or supernatural component (a sign in the shop window said “haunted”). While Disenchantment Part 3 ended without any clear ramifications for Freckles being invited into the castle, he was seen in Miri’s closet and is thus positioned to return in Part 4.