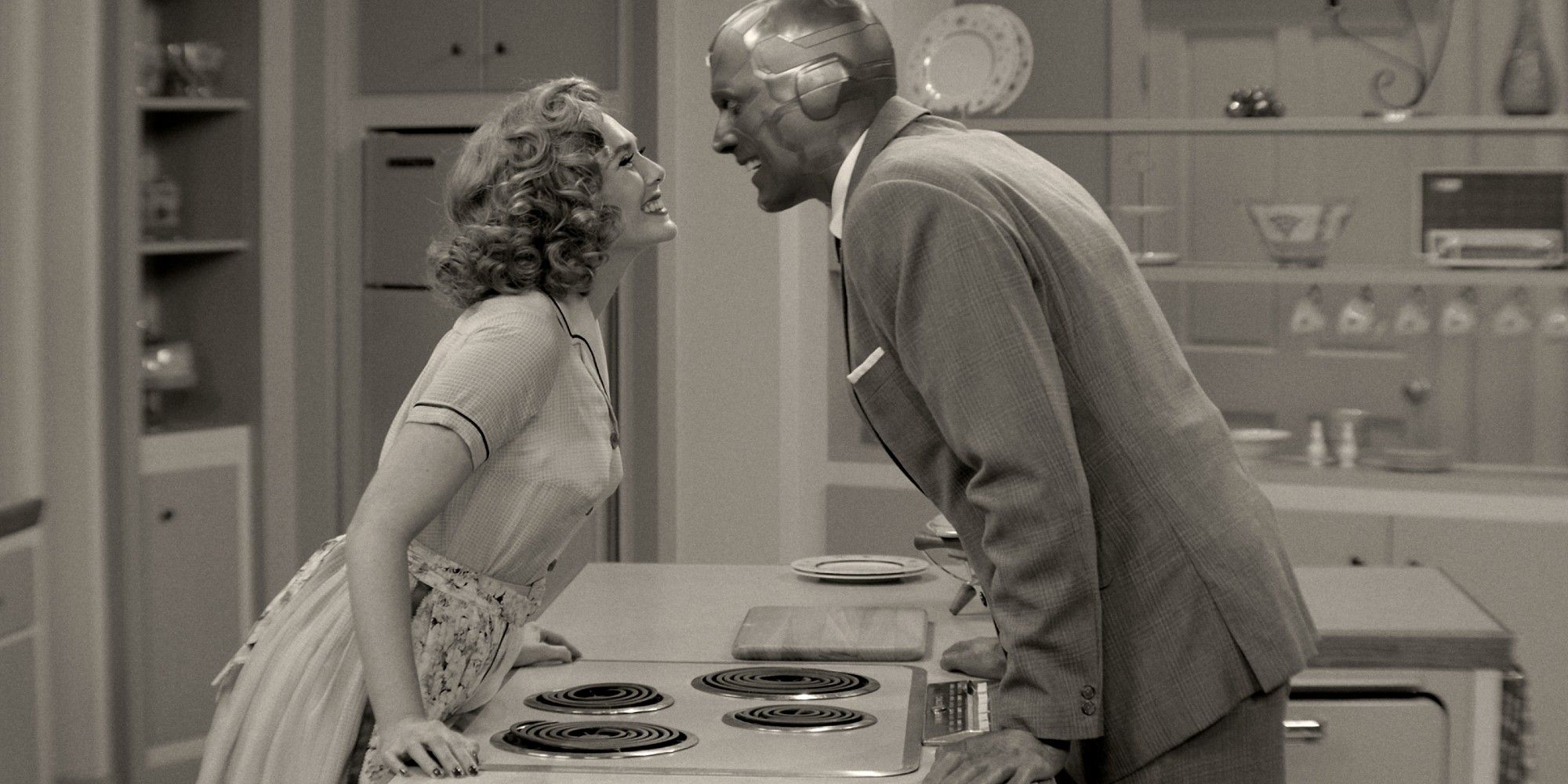 WandaVision director Matt Shakman received advice from Dick van Dyke for the series’ sitcom-esque first episodes. WandaVision premiered its first two episodes on Disney+ over the weekend. Those episodes dive deeply into the sitcom influences that were widely known to be apart of the show, which, through its nine episodes, will explore different eras of television before becoming what is said to be a full-blown MCU action movie.

Before the action, though, WandaVision has to lay out its premise, and its first two episodes did just that. Episode one is a riff on classic 50s sitcoms The Dick van Dyke Show and I Love Lucy, while episode two moves on to a Bewitched-like episode. To help nail the tone, the show shot in front of a live studio audience, and the episode itself went heavy on period detail to immerse the audience, and the actors, in the sitcoms of years past. Shakman also sat down with van Dyke to nail the show’s first few episodes.

Shakman had lunch with van Dyke, according to ET Online. That lunch, says Shakman, was very helpful in nailing the tone of the show, one that had to balance comedy and classic sitcom tropes with its larger, more ominous story. Shakman says that the show was deep in pre-production when he sat down with van Dyke, who told him how to emulate the classic sitcom tropes the show’s episodes would be based on, emphasizing that the silliness of the show had to also be grounded in the reality of its world.

“We were many months into pre-production at that point already, but we had yet to start shooting. So, a lot of the things that I took from that lunch really did affect how we approached especially our pilot episode, which is sort of an homage to The Dick Van Dyke Show, as well as I Love Lucy and some of the other sitcoms of that era. But we learned from Dick Van Dyke that their number one rule for how they approached anything was that if it couldn’t happen in real life, it can’t happen on the show. Which is this idea that you need to ground what you’re doing in real-life stories, but then that gives you the permission to be incredibly silly and to fall over the ottoman and do pratfalls. That was very helpful in how we approached the tone of it, because getting the tone right is the hardest thing in the ’50s, the ’60s, the ’70s. It changes. It adjusts. What is funny? How far does comedy go? I mean, Archie Bunker and Dick Van Dyke are very different, and yet they’re both hilarious. Their humor is timeless, and yet very different. Archie Bunker would never do a pratfall over an ottoman, right? And so, it’s just about figuring out how you put your finger on that and how as actors, Paul, Lizzie and the rest of this amazing cast, could put their finger on that as well and calibrate.”

By all accounts, WandaVision more than effectively emulates the iconic sitcoms it aimed to evoke. Reviews for WandaVision‘s first three episodes praised the series’ ability to present Wanda and Vision’s idyllic Westview life in the same way sitcoms of the past showed off their respective towns. In fact, it seems that this element of the show is one of the main reasons it is so successful, attracting those who are tired of the MCU formula and looking for a different and all around weirder access point to the dense franchise.

One piece of advice had to be stretched to its limits, though. Shakman says that van Dyke emphasized that the humor had to be grounded in reality, but with Wanda and Vision, reality is not at all what it seems. Still, the show effectively balances its sitcom humor with the more outlandish aspects of the superheroes immersed within it, bringing in elements of Wanda and Vision’s powers in a way that doesn’t feel out of place in the era they are calling back to. WandaVision is expected to continue its sitcom streak in the coming weeks, and that alone makes future episodes even more appealing. Seeing how they pull off episodes based on more modern sitcoms like The Office is exciting, considering the initial episodes aced the all important premiere test.