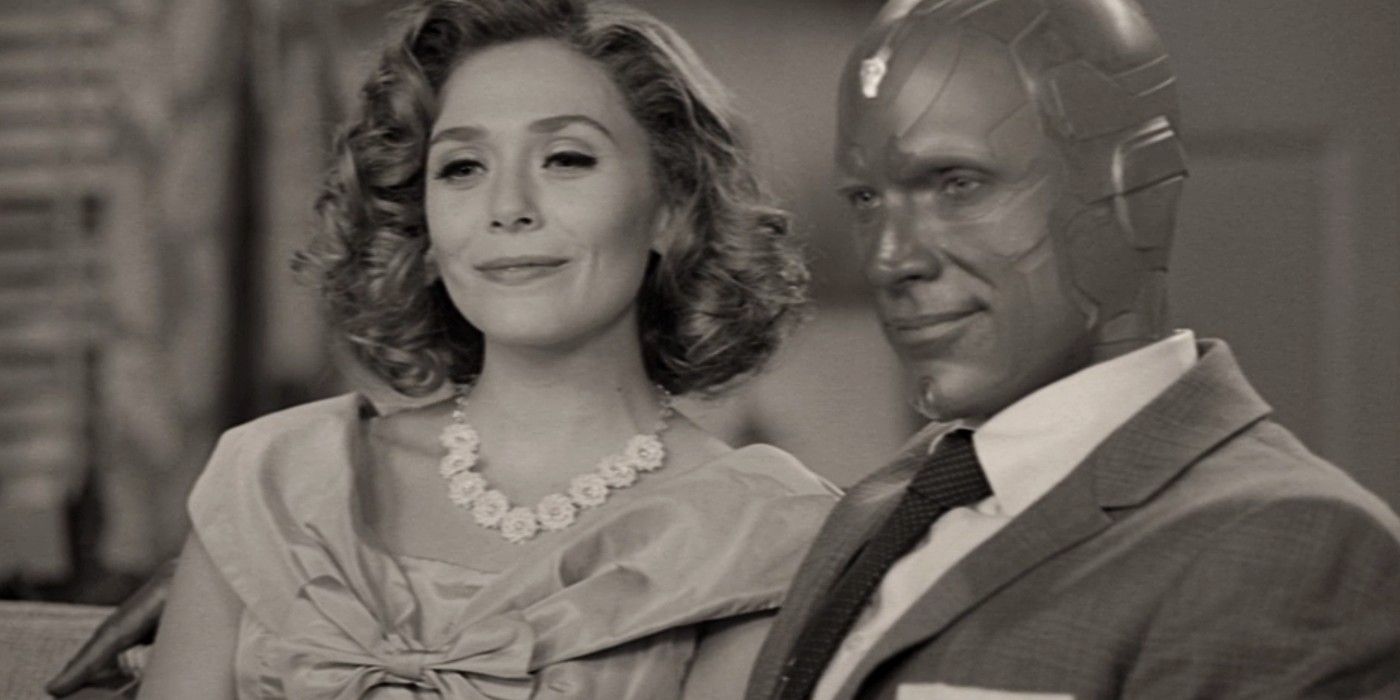 Paul Bettany originally thought Marvel was firing him when they pitched him WandaVision. Bettany joined the MCU at the very beginning by voicing JARVIS in Iron Man, a role that was pitched to him by director Jon Favreau as a robot with no personality. Bettany then became Vision in Avengers: Age of Ultron, when JARVIS’ operating system was transferred into the synthetic body created by Ultron. Of course, Vision famously died (twice) in Avengers: Infinity War. His death now plays a big part in WandaVision’s story as Vision has mysteriously returned for the kick-starter of the MCU’s Phase 4.

WandaVision tells the story of Wanda and Vision, who now live in the mysterious suburb Westview. The series debuted this past Friday with two episodes and has received praise for its refreshing approach of telling the story in the form of classic sitcoms, first starting in the ‘50s and later venturing into the ‘60s in episode 2. In addition to that, the episodes include wonderful teases that all is not well in, what appears to be a fictional world created by Wanda to combat the reality of Vision’s death. The first two episodes proved to be a great opening to a show that Bettany did not believe was going to happen.

In a new interview with Variety, promoting the release of WandaVision, Bettany discussed when he first heard the pitch for WandaVision. According to the actor, he feared the worst when he was summoned to the meeting by Kevin Feige. Having “died twice” in Infinity War, Bettany revealed he automatically assumed his run was coming to an end and even started the meeting by acknowledging the end of the road. But Bettany said after they revealed they were, in fact, pitching him “a TV show,” which is inspired by the comic book tales House of M and The Visions, as well as classic American sitcoms, the Vision actor said: “I’m in!”

My contract was up and I just died twice in “Infinity War” and I got a call from the boss [Kevin Feige] saying, ”Come see me in the office.” I looked at my wife and I think I’m getting canned. I went in and Louis D’Esposito and Kevin Feige were there and I didn’t want anybody to feel uncomfortable so I lead with, “Look, I totally get it. It’s been great. I’ve had a great run, guys.” They were like, “Wait, are you quitting?” And I went, “No, aren’t you firing me?” They said, “No, we’re going to pitch you a TV show.” So I went, “Okay, I’m in!” Then we talked about two comic book stories that I really love: “House of M” and “The Visions,” which is a story about Vision trying to build a family in suburbia and it was sort a mash-up between them, and also with a sort of loving look at American sitcoms throughout the American century. I was like, “I’m in!”

Although Vision’s relationship with Wanda was a compelling one, and he had big moments in the Marvel films he was a part of, one cannot blame Bettany for assuming he was being let go. His character died in Infinity War, his contract was up, and he does not have the star power of a Chris Hemsworth or Robert Downey Jr., so the automatic conclusion for many would have been his run had come to an end. Fortunately for Bettany and fans of Marvel, that meeting has now led to the breath of fresh air that is WandaVision. Not only is the show compelling with its take on various sitcoms that cover up the deeper turmoil that Wanda is experiencing, but Bettany and Elizabeth Olsen have been able to shine as leads by showcasing wonderful comedic timing and a whole different side to their respective characters.

The actor behind the MCU’s Vision recently stated that he hopes to continue playing Vision in some capacity moving forward, even noting that in watching WandaVision, fans will realize that “anything is possible.” His co-star, Olsen, even revealed that a season 2 for the new Disney+ series is possible, so Bettany may still have a strong presence moving forward. One would assume it’s not out of the realm of possibility that he would appear in future films, as the MCU will be heading into the multiverse very soon. But after watching the first two episodes of WandaVision, fans are likely very happy that Bettany was not let go by Marvel.