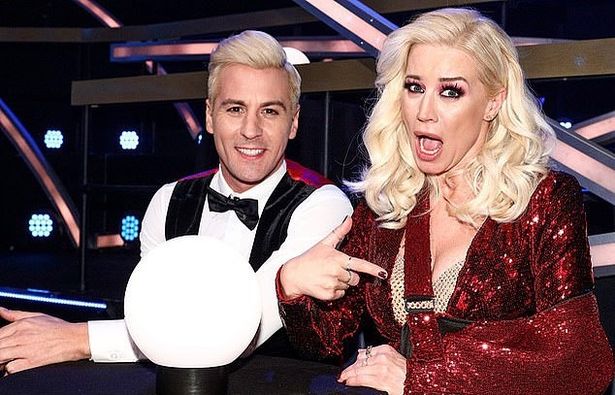 Denise Van Outen has been forced to quit Dancing On Ice after injuring herself.

The TV presenter is “gutted” that she can’t go on in the ITV competition with her professional partner Matt Evers.

She had pushed on through her injury to perform her first routine, but ever since has been wearing a sling in a bid to heal her shoulder.

Sadly, she’s now had to step down from the show.

ITV have announced that Denise and Matt will be replaced by Olympic gymnast Amy Tinkler and professional Joe Johnson, who will join the line-up this weekend.

Denise took to her Instagram account to announce: “GUTTED! If you’ve been watching @dancingonice you will be aware that just over a week ago I had a nasty fall and injured my shoulder. I managed to skate my first dance with @themattevers on the live show through a gritted smile because the pain was unbearable.

“I’ve tried as hard as I can to carry on because I love the show and the amazing team in front and behind the cameras. Initially we thought with rest I could make a return to the ice, but a recent MRI scan has shown that I have 3 bone fractures as well as a partial dislocation. OUCH! No wonder I’ve been in agony.

A spokesperson for Dancing On Ice said: “We adore Denise and Matt and we’re so very sad to see them leave the competition so soon. They are both much loved members of the Dancing On Ice family and we’d like to thank them for their hard work, from the moment they began training through to the joyful performances they brought to the show. We wish Denise all the very best as she now takes some time to make a full recovery.”

This is the second blow for the series so far, with comedian Rufus Hound forced to miss shows as he’s had to go into self-isolation after coming into contact with someone who has coronavirus.