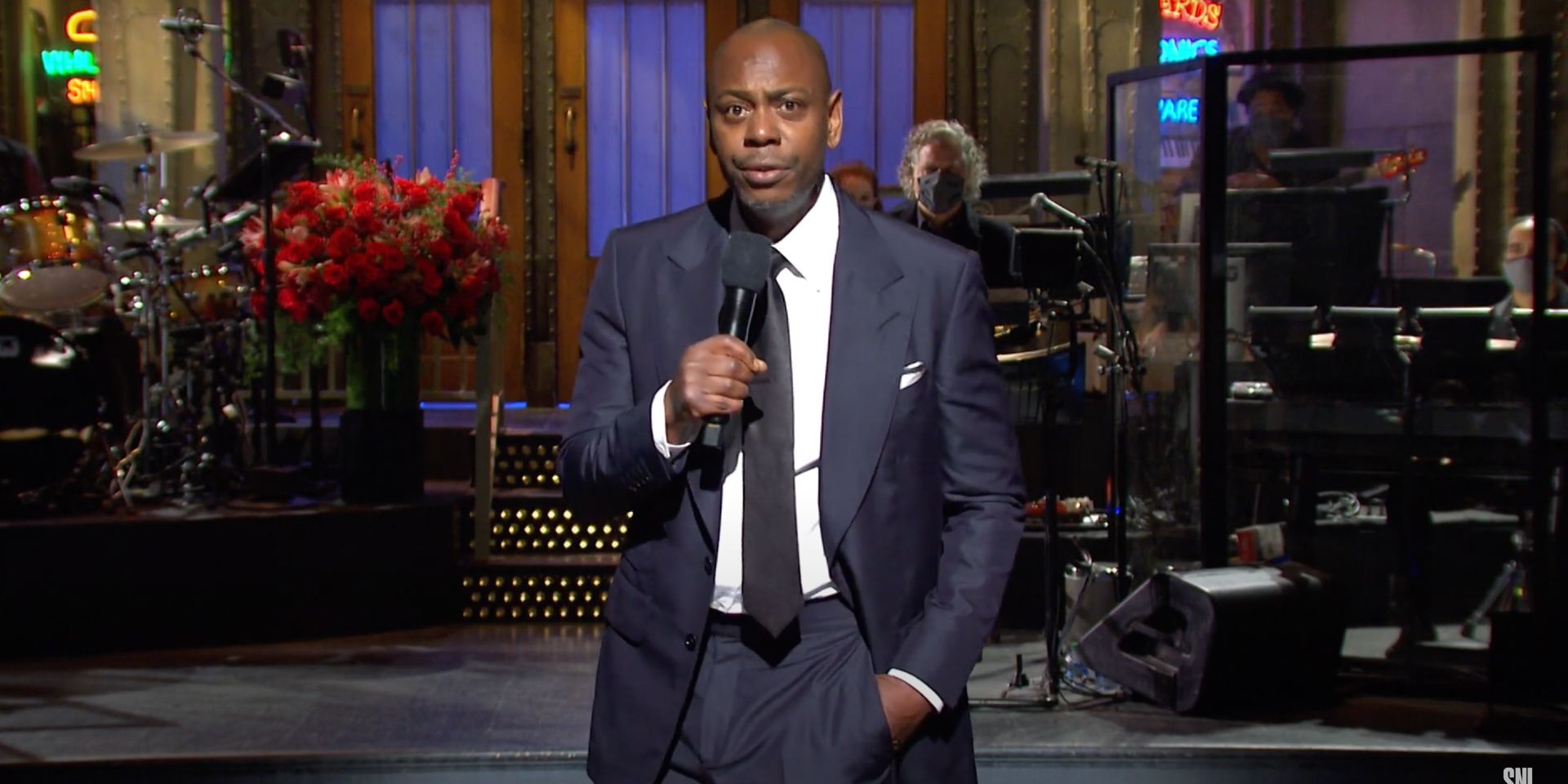 Dave Chappelle is on the list of celebrities to test positive for COVID-19, cancelling the remainder of his shows in Texas. Chappelle has continued the resurgence of his career with his Netflix specials and is one of the few comedians improvising ways to perform his stand-up during the pandemic. His latest special was back in June, where he performed outdoors with audience members wearing masks and seated following social distancing guidelines. Along with that, his last television appearance was hosting Saturday Night Live following the election.

Per Variety, Chappelle performed a show on Wednesday night at the Stubbs Waller Creek Amphitheater and was planning to perform for the next four consecutive days before contracting COVID-19. Comedian and podcast host Joe Rogan was scheduled to appear in two of Chappelle’s shows. Both were seen at Stubb’s Austin in a recent Instagram photo by seekaychin, which also included Elon Musk and Grimes. Grimes tested positive for the virus earlier this month. According to Chappelle’s representative, the comedian doesn’t have symptoms at this time and is quarantining. The rest of his shows have been canceled. Chappelle’s representative went on to say:

Chappelle has safely conducted socially-distanced shows in Ohio since June 2020 and he moved those shows to Austin during the winter. Chappelle implemented COVID-19 protocols which included rapid testing for the audience and daily testing for himself and his team. His diligent testing enabled him to immediately respond by quarantining, thus mitigating the spread of the virus.

Chappelle has continued to find ways to remain present in a time where new material is scarce. He recently released an 18-minute video titled Unforgiven explaining his reasons behind asking Netflix to remove his variety sketch series Chappelle’s Show. Chappelle is not afraid to confront sensitive and taboo subjects in his comedy that may not be considered politically correct. However, he is also not afraid to just sit down and tell the audience a story with very little humor. It is not certain when Dave Chappelle will be back to perform, but given that he talks a great deal about his life, it’s almost certain the virus will be mentioned in his next show.