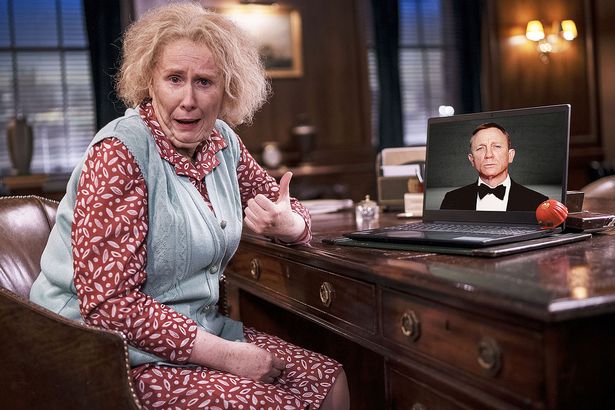 James Bond will return to the screen this week – but not in a new movie.

Comic Relief has persuaded Daniel Craig to film one last project as 007 – as James Bond and Catherine Tate’s Nan have made a special sketch for Comic Relief this year.

And because of all the delays to his final movie it will air before No Time To Die.

In the sketch, Nan has spurned retirement and taken up a part time job as a cleaner.

Whilst cleaning the office of the head of the Secret Intelligence Service – aka ‘M’ – she finds herself face to face with 007 as he suddenly appears on screen for his security briefing.

It had been set to be released in April this year following multiple pandemic-enforced delays but has now been put back three times, originally scheduled for an April 2020 release.

Lashana Lynch and Ana De Armas. It is directed by Cary Joji Fukunaga, with a script co-written by Fleabag creator Phoebe Waller-Bridge.