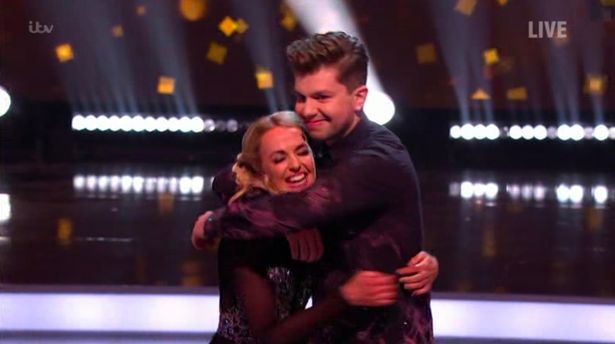 Dancing On Ice star Sonny Jay has won a free pass through to next week as voted for by judges Ashley Banjo, John Barrowman, Jayne Torvill, and Christopher Dean.

Alongside his skating partner Angela Egan, Sonny is now through to next week, which is musicals week.

Ashley voted for Graham Bell and his new partner Kerina Manta, but the rest of the judges voted for Sonny and Angela.

Jayne said: “Because of such improvement from the beginning, and who I want to see more of going forward, my golden ticket would be Sonny and Angela.

Host Phillip Schofield gushed: “There you go! Sonny and Angela you’ve got a golden ticket!”

Holly Willoughby added: “Well done you! That’s what everybody wanted tonight, it really takes the pressure off, you are through to musical week, were you expecting that tonight?”

When she found out she had lost her place in the competition, Myleene said: “I couldn’t have done it without Lukasz, without my family, without my friends watching my videos.

“I had never skated before, I’ve got a skill I learnt in lockdown – super handy! When the rinks open again I will be there.

“I feel really chuffed, this is the most relaxed I’ve been the whole competition.”

* Dancing On Ice continues next Sunday on ITV