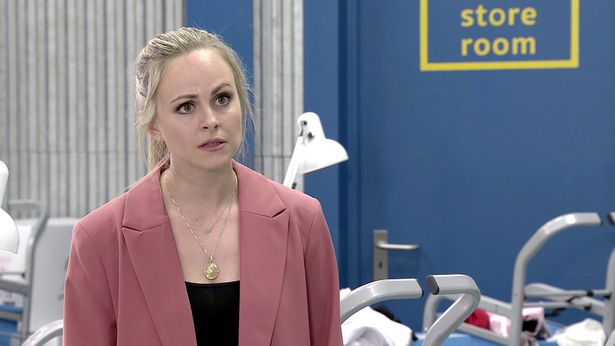 Coronation Street’s Tina O’Brien has spoken out about Sarah Platt’s future with her husband Adam Barlow, and it’s not necessarily looking good.

Sarah is still feeling pretty inadequate about the fact that Adam (Sam Robertson) slept with Carla Connor (Alison King), and she’s not sure that their future will be as bright as fans hope.

Speaking to press including The Mirror, Tina opened up about Sarah and Adam’s current relationship.

“I think she’s really happy that things worked out with her and Adam,” Tina explained.

“I think she’s still quite insecure in regards to things that have happened. She’s got a little of seed of resentment there, that she’s not let go of, even though they were on a break, she’s not quite ready to let it go.”

“I don’t know whether she’d ever wanna get back with him, because maybe there’s too much water under the bridge now and he’s clearly very happy and she’s happy. But I think she’s got a bit of a soft spot for him.”

The 37-year-old soap star added: “There was a time when I genuinely thought that’s what was going to happen. But people can have a spark, but it doesn’t necessarily mean they’ll get back together.”