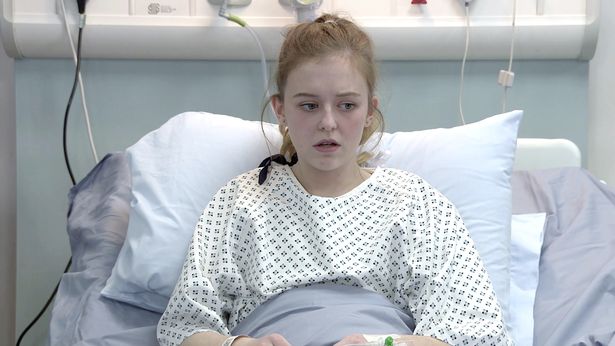 Coronation Street ‘s Summer Spellman will struggle to come to terms with her diabetes diagnosis in the coming weeks and it’s not going to be good for her health.

In recent episodes of the ITV soap, Summer was rushed to hospital after collapsing and was told she has type one diabetes.

Summer struggled to take in the news that she’ll need to manage her condition with injections, and actress Harriet Bibby has revealed that she’s pretty clueless as to how serious the situation is.

Speaking to press including The Mirror, Harriet said: “A lot of people have heard of diabetes but I actually I don’t think a lot of people know what it actually is and what actually happens to your body, because I know I didn’t when we started discussing this storyline.

“She’s a hard worker and she really wants to do well at school and I think a lot of young people struggle with this, especially at the minute during what’s happened over the last year.

“You’re told to concentrate and do well and you have to do well in this or else it will have a domino effect on what you do for the rest of your life.

“And I think Summer takes that to heart and just gets tunnel vision of work and actually doesn’t realise that she’s not very well,” she added.

Coronation Street airs Mondays and Wednesdays 7.30pm and 8.30pm with an hour long episode at 7.30 on Fridays on ITV