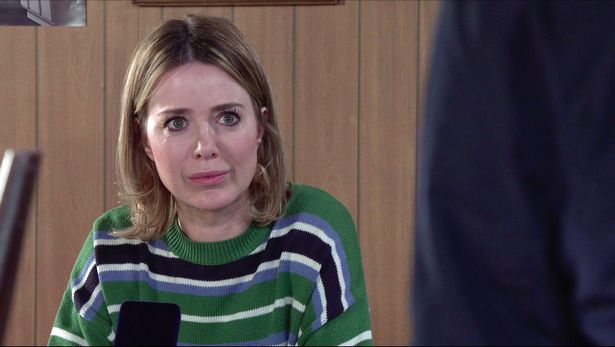 Abi Franklin will vow to find son Seb’s attacker after he is left for dead following a brutal beating by Corey and his friends on Coronation Street.

The devastated mum, played by Sally Carman, will hear Seb’s final voicemail to her, prompting her to head to the police with the evidence.

Will she be able to get justice for her son?

This week, a loved-up Seb and Nina are walking along the canal when Eli and Corey’s gang upon them and start making awful jibes aimed at Nina.

Kelly slaps Nina across the face after being egged on by the gang and Nina and Seb try to hurry off. However, the gang chases them and brutally attacks the couple, leaving them for dead.

Later, Abi insists to Kevin that she won’t rest until Seb’s attacker is caught as he feels her pain.

However, at the end of the week, a police officer turns up at Abi’s house and tells her and Kevin that they have charged someone and that the attack appears to have been triggered by Nina’s appearance.

As Abi’s anger mounts, what is she planning to do?