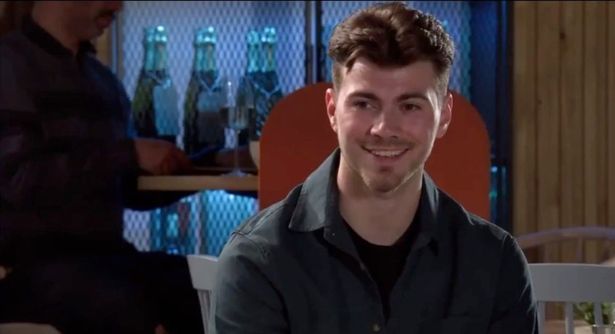 Coronation Street’s new guy Curtis has caught the attention of Emma, but viewers are concerned by huge red flags that could spell danger.

Fans have been quick to point out the the charming Curtis – played by Sam Retford- is simply too good to be true.

He quite literally crashed onto the street after he knocked Steve McDonald (Simon Gregson) over on his bike on the cobbles.

And it’s safe to say Steve was far from happy to discover that daughter Emma (Alexandra Mardell) had almost immediately engaged in a flirtatious friendship with him.

However, the rocky start seems to have been forgotten about and Steve appears to have been won over by the newest member of the street – especially after he played a big part in getting him a job.

And a third questioned: “Will he end up as the next phelan?”

Others though simply hoped Emma would find her happy ever after saying the character deserved happiness.

From previous teasers, it would appear that the sceptics may be onto something, though.

Speaking previously about her character’s love life on the famous cobbles, actress Alexandra admitted: “She’s given it a good go, hasn’t she?”

Fans of the show were delighted when they recognised actor Sam on his Corrie debut on Monday.

The star had previously played a huge part in Ackley Bridge where he played the role of Corey Wilson.

The 21-year-old has also played smaller roles in Casualty and the Hollyoaks spin-off show Later.