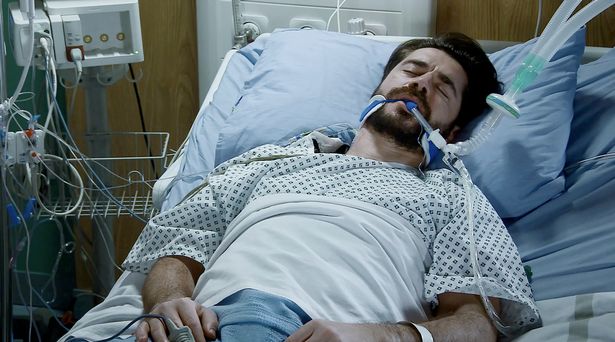 Coronation Street aired concern for Adam Barlow on Wednesday night, as he suffered a seizure amid his fight for life.

The character was attacked and left for dead recently, with his attacker still at large.

He suffered serious head injuries with a fractured skull and bruising to his brain, and he also lost a lot of blood.

Adam has been in an induced coma ever since, and on Wednesday the doctors attempted to bring him out of sedation.

But suddenly the machines went off, with fears for Adam’s life as the nurse raced to help him.

Another said: “Adam better not die.”

Spoilers have yet to confirm Adam’s fate, or who attacked him.