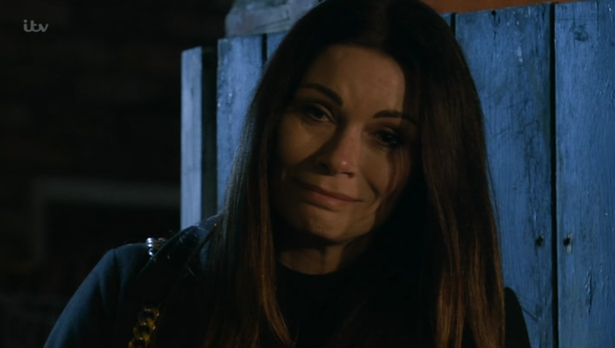 Coronation Street viewers were left divided over Friday’s hour-long episode as Carla Connor was tempted by an old flame named Lucas, while battling her feelings for ex Peter Barlow.

The episode was a heart-wrenching one as Peter had a horror seizure which led to him being told he must withdraw slowly from alcohol.

His dad Ken Barlow battled his own ill health along with the stress of following Peter around trying to stop him from drinking.

Meanwhile Carla Connor met an old flame called Lucas who made his flirty feelings very clear as they reminisced over old times and had a drink together.

Lucas then propositioned Carla with a weekend away, and she was unsure what to do but packed her suitcase and was about to get on the tram with Lucas.

But Peter caught up with her and begged: “Carla!”

But just before the episode ended, Carla found Peter and Daniel, having changed her mind.

Peter burst into tears of relief, and many viewers were overcome with emotion.

One tweeted: “Crying over Carla coming back to Peter # Corrie “.

“Crying over a pint of the finest grease after seeing Carla come back for Peter Barlow. What a wonderful couple,” wrote another.

A third added: “Carla and Peter you just broke me as per”.

But other fans complained Carla made the wrong decision after Peter has treated her badly in the past, and felt she should have chosen hunky Lucas.

* Coronation Street airs Mondays, Wednesdays and Fridays at 7.30pm and 8.30pm on ITV