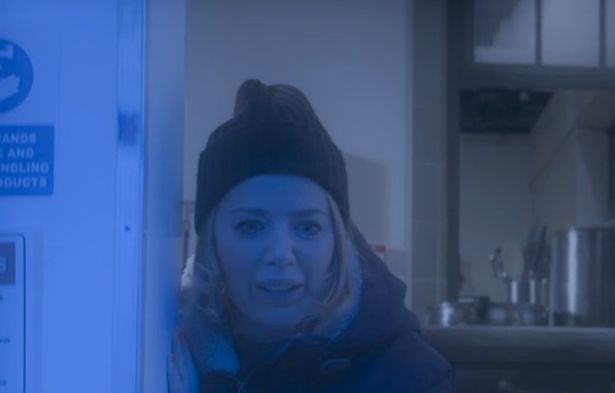 Kevin Webster has finally been freed from the fridge he was stuck in with Debbie but a lot of Coronation Street fans had a question to ask him.

Since Friday, Debbie (played by Sue Devaney) and Kev (Michael Le Vell) have been stuck in a fridge after dastardly businessman Ray Crosby took revenge on double-crossing Debbie.

The pair looked like they would perish in the Bistro’s fridge as the sub-zero temperatures took their toll but Kevin’s girlfriend, fellow mechanic Abi Franklin, saved the day.

In dramatic scenes, Abi managed to force the broken door open to find her lover and his sister slumped on the cold store floor.

Mechanic Kevin, who has been on the cobbles since 1983, was taken to hospital in an ambulance but this led to viewers asking what happened to Debbie.

Another asked: “So is Debbie alive or?”

While a third wrote: “Did then mention how Debbie was doing – if she survived??”

There were happier scenes in the hospital later as Abi came to visit Kevin.

He was naturally happy to see his saviour and in emotional scenes, Abi popped the question.

A delighted Kev replied: “Of course I will.”

Fortunately for Abi, the experience in the fridge didn’t lead to Kevin giving her the cold shoulder and the experience has warmed him to her even more.