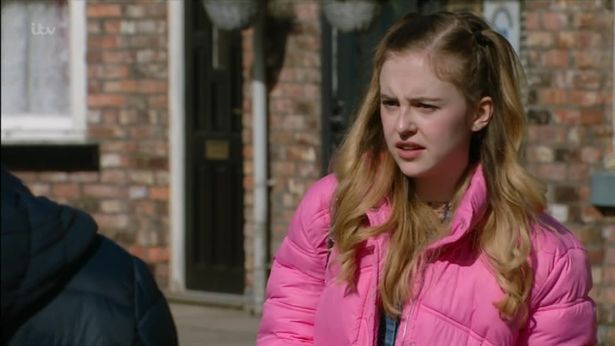 Coronation Street fans were left baffled tonight as Summer Spellman returned – but with a completely different personality and face.

Actress Harriet Bibby made her debut on the ITV soap this evening as she took over from Matilda Freeman.

But viewers were still surprised by how different she looked and acted when she came face-to-face with Todd for the first time.

Todd, now played by Gareth Pierce, disappeared from her life with Billy Mayhew in 2017 after he fled the police.

Viewers flocked to Twitter to give their opinion on the new Summer.

One tweeted: “Summer has had a personality transplant #Corrie.”

While another commented: “How olds Summer supposed to be, as the new Summer is actually 22.”

A third wrote: “Surprised Summer and Todd recognise each other.”

“Summer left two years ago as a 14 year old and had returned two years later aged 25,” another joked.

One insisted: “That’s not Summer!”

Another commented: “Nice to see Summer back after her face & personality transplants. Must have come back from the same place Todd had his done.”

Following the announcement of her departure earlier this year, actress Matilda released a statement saying: “I’d like to say thank you to my second family, the cast, crew and viewers who have supported me during my time on the cobbles.

“After three and a half lovely years I felt it was time for a change and I’m excited to be starting that next chapter with a new role.”