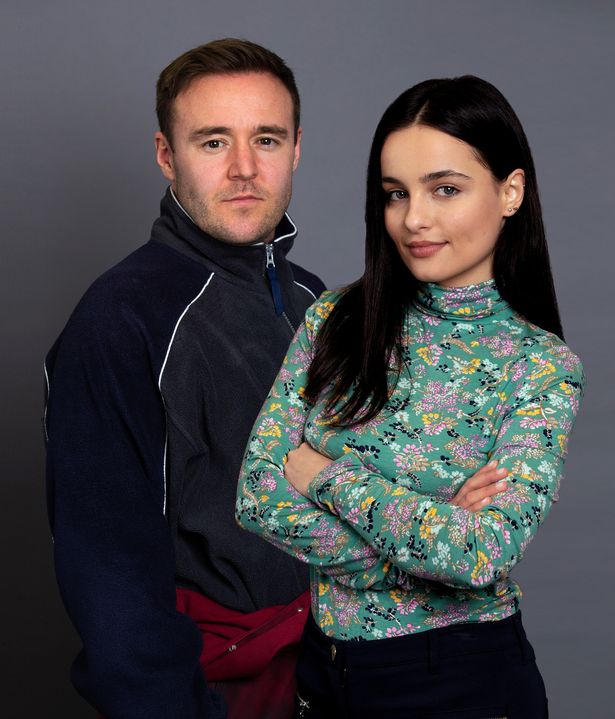 The character drops the news on Tyrone, at a time of grief for his family following the death of his ex Kirsty Soames.

While he hasn’t seen her in years, she is the birth mother of his daughter Ruby, and he has to let her know the sad news.

Next week is her funeral too, but Alina is unable to attend after experiencing bad morning sickness.

Reeling, he heads out leaving Alina alone and in tears as he continues planning Kirsty’s funeral with Fiz.

But it’s his gran Evelyn who picks up on Alina’s nausea and quickly works out what’s going on.

She’s horrified by the news given recent events, but will Tyrone share his own true feelings?

Alina is unable to go to the funeral with Tyrone and the family, as she experiences bad morning sickness.

Fiz realises Tyrone is going alone, and decides to put their differences aside to go with him.

She has no idea that her ex is expecting a baby with his new flame, and it stays this way as Tyrone decides not to tell her.

After the funeral, Tyrone makes up excuses and heads home to get out of spilling the news.

But what will he say to Alina, and can he give her the support that she needs?