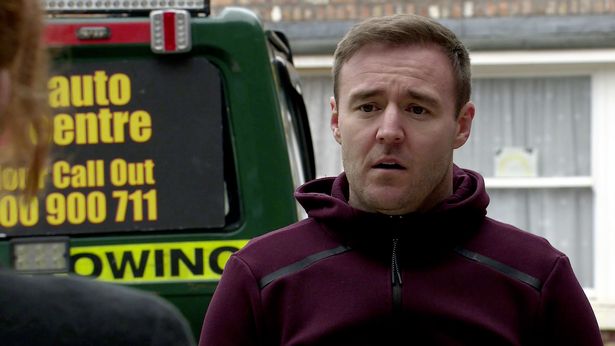 Coronation Street star Alan Halsall has admitted he expects to receive some backlash from fans over the coming weeks, due to Tyrone Dobbs’ behaviour.

Tyrone has been growing close to Alina Pop (Ruxandra Porojnicu) recently, and the pair even shared a kiss, but Fiz Brown (Jennie McAlpine) has been left gutted after Tyrone decided to come clean to her.

Corrie fans are now unsure what the future will hold for iconic couple Tyrone and Fiz, and whether or not they will be able to survive this.

Speaking to press including The Mirror, 38-year-old Alan said that he thinks some viewers will be sympathetic towards Tyrone – but others will be disappointed in him.

Earlier this week, Corrie viewers saw Fiz make Alina cry as she confronted her about the kiss with Tyrone – but it’s unsure if the pair will end up enjoying more than a smooch in the near future.