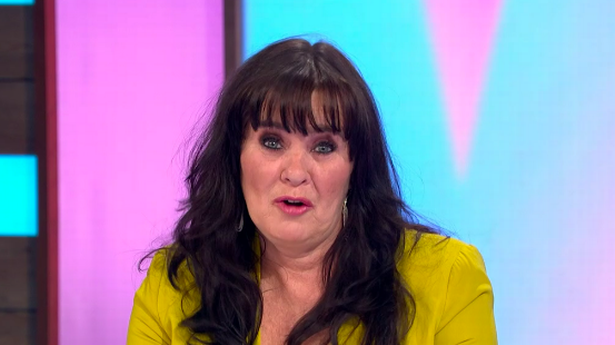 Coleen Nolan said she ‘can’t wait’ to be intimate with a man again as she discussed dating in her fifties during Wednesday’s Loose Women.

The 56-year-old star joined Ruth Langsford, Janet Street Porter and Brenda Edwards for the latest instalment of the ITV show – and she did not hold back.

As Ruth asked single ladies Coleen and Brenda how they feel about the thought of getting naked in front of a potential new partner, Coleen admitted she can relate to women feeling nervous.

“Yeah absolutely I can relate to it and it’s not even the act itself, its the thought of taking your clothes off again in front of someone new,” Coleen explained.

“I don’t want no fumbling!” Brenda shouted back, as Coleen butted in: “I do!” as the rest of the panel laughed.

Despite saying that her insecurities about her body had made her feel nervous in the past, Coleen said she’s now ready to get back in the saddle.

“It was putting me off but now I have to say I can’t wait!” she revealed. “Honestly, I’m getting hot just thinking about it!”

“Personally, I’m actually quite looking forward to having sex again after eating sandwiches for the past five years,” she wrote in her Mirror newsletter.

“I’ve been seeing a nice guy I met online, so hopefully I won’t have to rely on butties for much longer.”