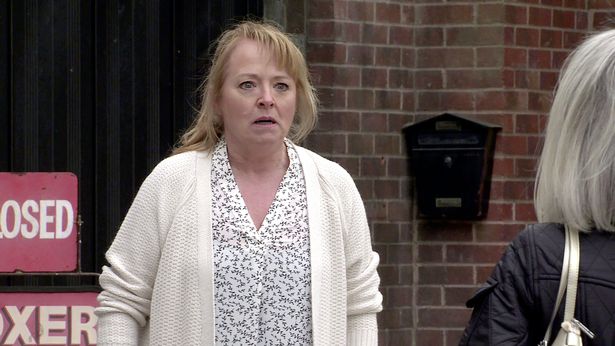 Tension ramps another gear next week on Coronation Street with explosive results.

With Corrie’s episodes airing during the post-watershed time of 9pm, viewers will be expecting a little more darkness from the ITV soap – and it looks like they’ll be delivering more than just a little.

On the same week as tragic Seb Franklin’s funeral, several other residents are in serious danger. As the truth transpires about Sam’s kidnapping, a potentially fatal shooting ensues and places one person in hospital.

And as the funeral is gatecrashed, fury overcomes some – leading to life changing choices…

Here’s what’s coming up on Corrie next week.

Corrie’s dramatic week sees a brutal shootout involving Gary Windass, as he manages to uncover the truth behind Sam’s kidnapping.

Jenny is onto Sharon Bentley, who was involved in organising Sam’s kidnap for her nephew Harvey, played by Will Mellor.

But Sharon is aware that Jenny is onto them and realises she needs to up her game, so begins quizzing Toyah about Leanne’s latest visit.

Elsewhere, Natasha ends up confronting Gary as she accuses him of being the one to hire the man with a van who kidnapped Sam, but Jenny is intrigued to find out that it was Sharon who hired it.

A living liver transplant is possible if the person donating is fit and healthy, with a portion of their liver implanted into the recipient. The liver cells then regenerate in both the donor and recipient until it has regrown to almost its original size.

Adam is conflicted but he later tells Sarah that he has taken his name off the donor list and is worried about how he will tell Peter the news.

Towards the end of the week, however, Adam finally breaks the news that he is no longer willing to be a donor, leaving Carla absolutely gutted.