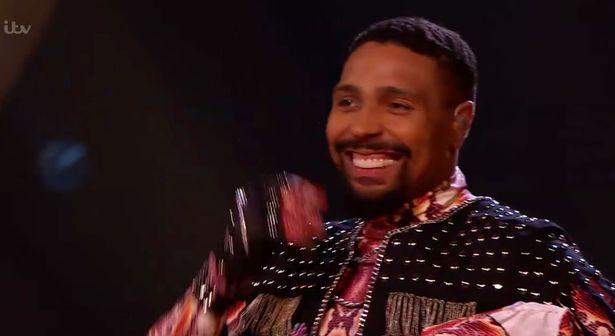 Kiss FM presenter Jordan Banjo was the first celebrity to be unmasked on The Masked Dancer last night and says he never would have considered doing the show if it wasn’t for his brother Ashley.

The Diversity dancer writhed around on stage dressed as a giant snake showing off some serious moves that made British dance troupe Diversity famous.

However, speaking to the Mirror, Jordan revealed he was incredibly nervous about going on the show despite dancing for more than 12 years with the super successful dance troupe.

“Dancing is the only thing I get scared about, ever,” confessed Jordan.

“I start sweating and I get really scared about it so leading on a performance on TV, there was not a chance chance.

Although the 28-year-old Diversity dancer was left utterly disappointed, he’s very much looking forward to finally putting a ring on Naomi’s finger following their whirlwind engagement a couple of months ago.

Jordan, who’s a proud dad to children Cassius and Mimi, is also beyond excited to include his little ones in the wedding ceremony.

The dancer’s tots have already been given the jobs of flower girl and page boy, and the Britain’s Got Talent star is eagerly awaiting their performances on the big day.