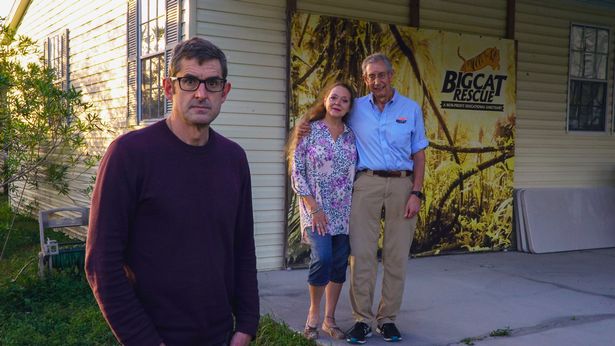 Shooting Joe Exotic will air on Monday at 9pm and sees 50-year-old Louis revisit his interviews with convicted felon Joe from 10 years ago.

Louis first met Joe back in 2011 when he included him in his documentary, America’s Most Dangerous Pets.

Joe has since found worldwide fame thanks to the Netflix series, Tiger King: Murder, Mayhem and Madness, as did Carole Baskin.

Carole is the CEO of Big Cat Rescue and one of the main stars of Tiger King, so it’s only right that Louis spoke to her for his latest film.

Asked if she felt nervous about the documentary and if she trusts Louis, Carole replied: “Well both! We were nervous, but we really feel like he is a man of integrity and that he will treat the issue fairly.

“I’m sure that if we were the people doing the editing, it would be very different than what his edit person is going to do because of the need to attract viewers and such. We’re just all about getting the facts out there.