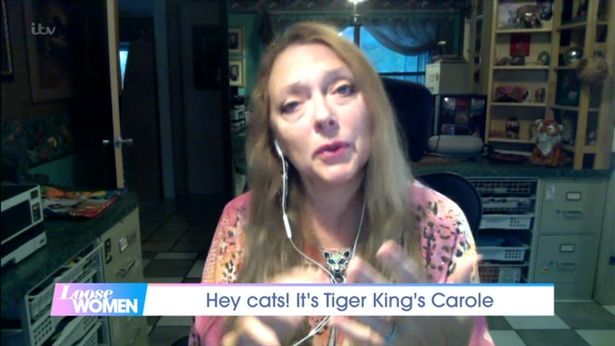 Tiger King star Carole Baskin has given an update on her employee who suffered a horrific injury from a tiger at her sanctuary on Thursday.

Volunteer Candy Crouser, 69, almost lost her arm after she broke protocol by sticking her arm into a tiger named Kimba’s cage.

Carole said: “She is recovering in the hospital, it looks like they were able to save her arm, and we were so thankful of that.

“And so my ad said something to the effect of, ‘Wife needed cooking and cleaning a must, no sex required’.

“And she responded to that, and she was a great friend, she cooked and cleaned and took care of everything I needed, except for having a relationship because she was definitely a heterosexual, and I never even attempted anything with her because I knew that was not her leaning.”