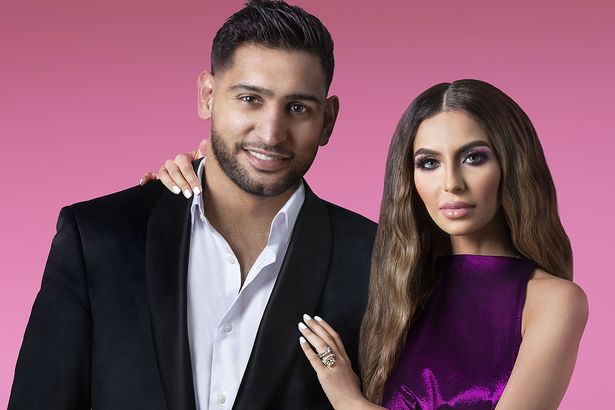 Amir Khan’s wife Faryal says he no longer cheats on her now he’s an “old man”, although she readily admits: “We’ve been through hell and back.”

The 34-year-old fighter has been accused of cheating more than nine times but vows he is a “changed man”.

And in a new Kardashians-style fly-on-the-wall TV show, Faryal, 29, tells how she did not want to “give up” on the father of their children.

The New Yorker has forgiven him but still struggles with being branded a “gold-digger” and a “doormat” by social media trolls. She also had a bitter spat with Amir’s family.

The cameras chronicle the couple and their children, Lamaisah, six, Alayna, two, and one-year-old Muhammad at their £1.5million home in BBC Three series Meet the Khans: Big in Bolton.

He is building a wedding venue in Bolton that was due to cost £3.2m. However, costs have spiralled to £11.5m.

“It hurts knowing how much money has gone to waste,” he says. “Literally, £5m has gone missing.”

And Faryal jokes she actually is a mum of four as viewers see Amir struggle to cook eggs on toast.

“I do all the chores,” she complains. “He does nothing. He can’t make breakfast. Without me he’d be lost.”

*Meet the Khans: Big in Bolton is on BBC Three from Sunday, March 28.