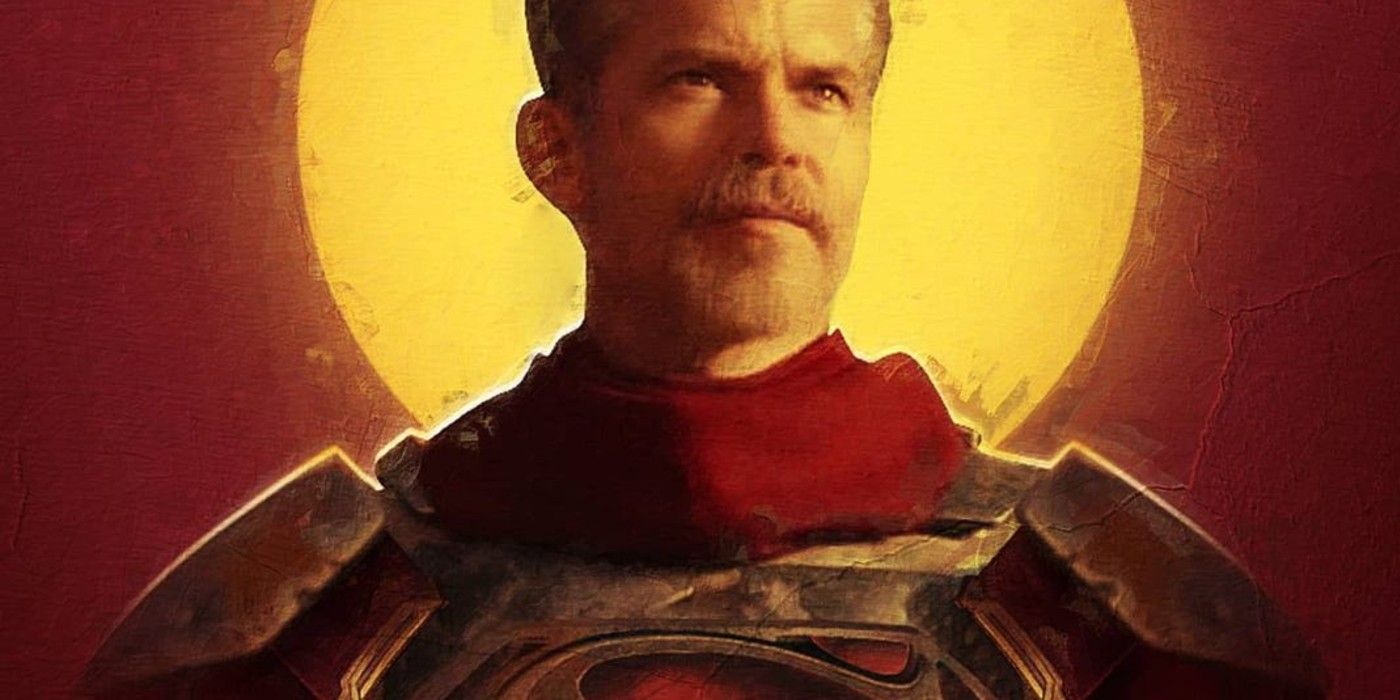 Boba Fett’s armor gets a DC-inspired twist in this art for The Mandalorian season 2. While the first season of The Mandalorian kept things relatively small despite its place in the Star Wars universe, the second promises to get much bigger. Several notable Star Wars characters are expected to appear along Din Djarin (Pedro Pascal) and Baby Yoda’s journey, including Ahsoka Tano (Rosario Dawson) and Bo-Katan (Katee Sackoff). Exactly when they will pop up has yet to be revealed, as Disney has so far kept their appearances tightly under wraps. Still, if viewers turned into The Mandalorian‘s season 2 premiere, they got an early surprise.

The Mandalorian‘s premiere, titled “Chapter 9: The Marshal,” threw fans for a loop when Din traveled to Tatooine in search of a fellow Mandalorian. After reaching the mining town Mos Pelgo, Din discovered the local marshal wearing some very familiar armor, and fans were surprised and delighted to see what appeared to be Boba Fett appear in the cantina. Of course, it very quickly became apparent it wasn’t him; Cobb Vanth (Timothy Olyphant) came to own the armor after an interaction with Jawas, and he wore it with pride.

While it’s not the same as seeing Boba Fett in his own armor, it’s hard to deny Vanth made quite the impression on the audience. In this new piece of Mandalorian season 2 artwork from Bosslogic, Vanth once again dons the Boba Fett armor, but this time it has a twist. With an “S” emblazoned on his chest, Vanth has officially become his own kind of Superman. It makes quite the argument that Olyphant should appear in a superhero project someday. Check it out down below.

It’s not clear if Vanth will return in The Mandalorian season 2, though he and Din left things on a positive note. One person who likely will return is the mysterious figure who appeared in the premiere’s closing moments: Boba Fett (Temuera Morrison) himself. He’s been living on Tatooine in the years since his apparent Return of the Jedi death, and fans are curious to learn more about what happened to him.

There’s a chance episode 2 could feature more of Boba Fett, but if Din and Baby Yoda end up leaving Tatooine, fans might have to wait a bit longer for their answers. Din is searching for a proper home for Baby Yoda, and that quest is bound to take the duo all over the galaxy. Perhaps another major Star Wars character could even make an appearance on the next Mandalorian episode, thus opening up the show’s world even farther. So far, The Mandalorian season 2 has gotten off to an exciting start, and audiences are eager to see what comes next.

The Mandalorian season 2 continues on Disney+ on Friday.