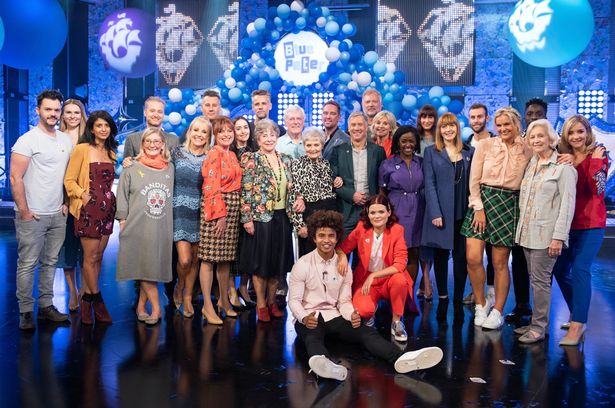 Every child in Britain has wanted to get their hands of a Blue Peter badge at some point.

The much-loved kids show was only created to fill a six-week gap in schedule, but has stood the test of time and become the longest running children’s show in the world.

Since 1958, Blue Peter has been taking kids on a voyage of discovery, hence the famous ship logo, with celeb interviews, arts and crafts, challenges and competitions.

TV artist Tony Hart was the man behind the logo, receiving £100 for his work – about £1,500 today – but he would be a millionaire if he received royalties.

Another major part of Blue Peter is the adorable pets – with dogs, cats, tortoises and even parrots becoming studio regulars.

During a staggering six decades on our screens, there have been a total of 40 Blue Peter presenters, who became heroes to multiple generations of kids growing up.

The newest Blue Peter host, Adam was famous before for his online vlog and appearing on CBBC’s The Dog Ate My Homework.

He lives at home in Northern Ireland with his Mum, Dad, younger brother and dog Bailey.

Adam completed a mountain rescue drill for his first challenge and broke a World Record live on the show catching ping pong balls on his shaving-foam covered head.