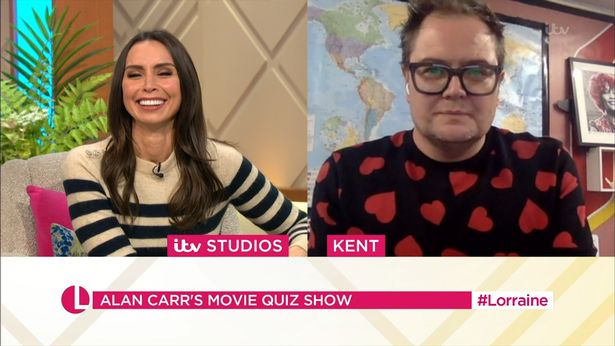 Alan Carr opened up on the next series of Ru Paul’s Drag Race UK as he appeared on Lorraine on Wednesday morning.

The comedian is a judge on the BBC Three show hosted by Ru Paul as drag queens battle it out to be crowned the next drag superstar.

Filming for series two was forced to halt due to the pandemic, but Alan revealed it will resume in two weeks.

He alternated judging the show each week with Graham Norton, and was joined by special guest judges including Cheryl Cole, Geri Halliwell, and Andrew Garfield.

“We will continue to review all productions on a case by case basis and will continue to follow the latest news and advice from the Foreign Office, World Health Organisation and Public Health England.”

In the meantime, Drag Race fans can look forward to a new BBC spin off called God Shave the Queens.

It follows the queens from series one around as they complete their first ever world tour.