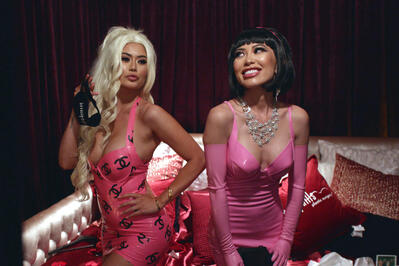 The new Netflix show Bling Empire sells itself as being a real-life Crazy Rich Asians, and at first, it appears to be another one of those reality shows that chronicles the lives of the idle rich. But where it really gets interesting over the course of its eight episodes is when it turns out to be an exploration of identity for a few of the main cast members.

The show may look like a Bravo castoff or a companion to Selling Sunset, Netflix’s vapid and claws-out series about blonde realtors in L.A., but you’ll soon find more under the layers of its Asian cast at lavish parties, going on spending sprees, and draped in designer clothes and shoes. Bling Empire uses the grotesque opulence to hook viewers, but in a refreshing twist, that’s not all there is.