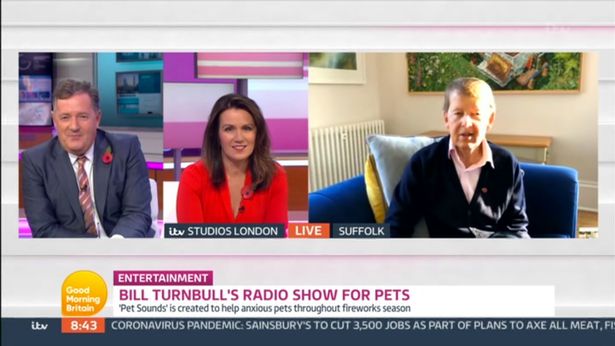 Piers Morgan had introduced him after saying that Susanna had left Bill to join him on GMB, but Bill quickly refuted as such.

Smiling, Bill pointed out that Susanna had joined ITV and that Piers had later been picked to join her as a GMB co-host.

The 64-year-old also spoke about how he was doing after having to shield due to his cancer diagnosis.

Piers questioned how he was doing, to which Bill replied: “Oh, I’m OK. Good days and bad days and that sort of thing.

Speaking to the Daily Mirror earlier this year, he said: “I’ve thought a great deal about death since I was diagnosed with cancer because he’s there, y’know – the fella with the hood over his head and the scythe. He’s waiting, and that’s fine.

“I’ve developed quite a healthy relationship with death.

“I feel very, very calm about it because I’ve given it a lot of thought. There’s no way I’m going to imagine I can live forever, nor would I really want to.

“You’re talking to someone who has an incurable disease so sooner or later it is going to come and get me.” He adds: “Later rather than sooner, hopefully.”