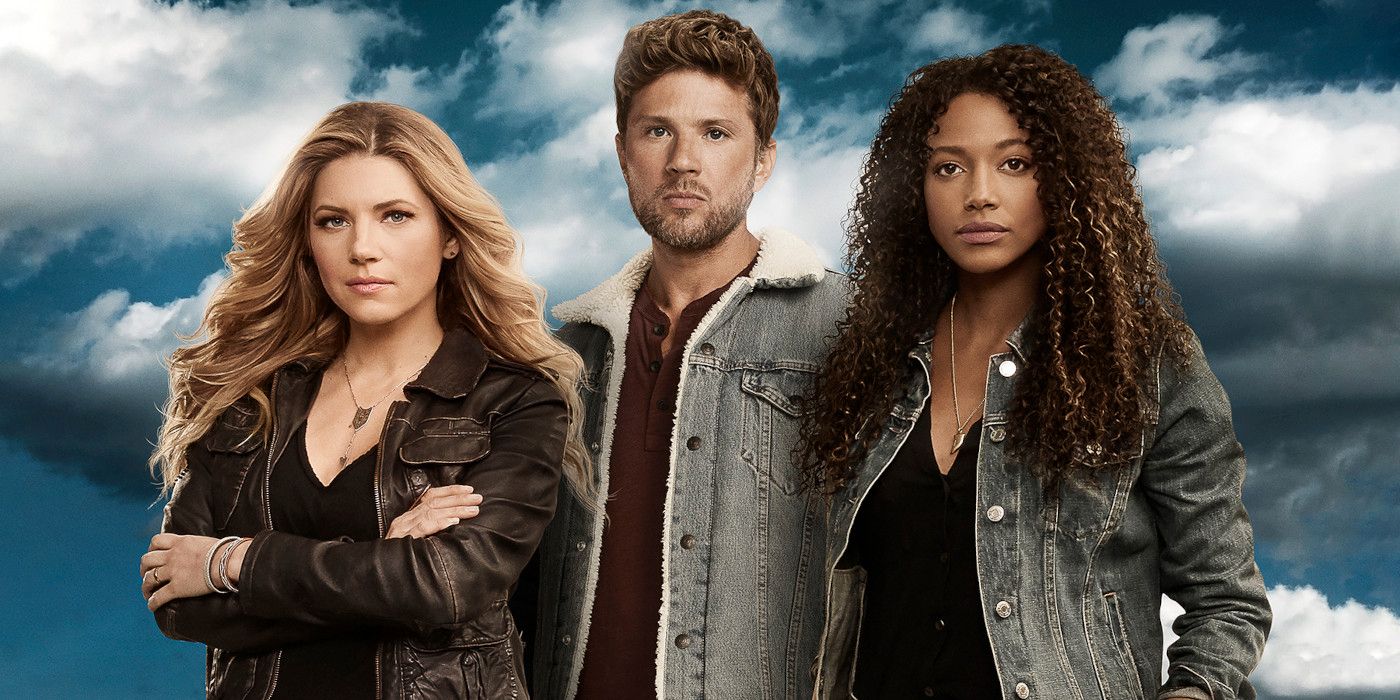 Warning: The following may contain spoilers for Big Sky.

Big Sky star Kylie Bunbury may have spoiled the ABC show’s major plot twist before the premiere. Based on C.J. Box’s 2013 novel The Highway, Big Sky is the latest series from David E. Kelley, the legendary producer responsible for TV classics L.A. Law, The Practice, Ally McBeal and Picket Fences.

Kelley’s newest takes a decidedly neo-Western turn as it concerns a pair of detectives, Cody Hoyt (Ryan Phillippe) and Cassie Dewell (Bunbury), as they investigate the disappearance of a pair of girls on a remote stretch of Montana highway. The pair’s detective work eventually leads them to a truck driver who is responsible for a rash of other kidnappings in the same area, putting them in a race against time to catch the man before he can strike again. The show’s main cast also includes Kathryn Winnick as Hoyt’s estranged wife Jenny, together with Dedee Pfeiffer, Natalie Alyn Lind, John Caroll Lynch, Jade Pettyjohn and Brian Geraghty.

Unfortunately audiences may already know more than they want to about the plot of Big Sky, as cast member Bunbury apparently let the cat out of the bag about a major story development during a Tuesday appearance on Good Morning America. To the dismay of many on social media (via The Wrap), GMA host Michael Strahan asked Bunbury and her co-stars Phillippe and Winnick to give their reaction to the series premiere, and Bunbury gave a response that seemingly spoiled a huge plot twist. She said, “I was shocked as well and really excited that ABC is taking a chance like this to kill off a star like Ryan.” Bunbury’s remarks have been removed from the version of the interview posted to GMA’s website, but YouTube user SINK Gupta preserved it and the very cringey clip can be seen in the space below:

As can be seen in the clip, Phillippe immediately reacts to Bunbury’s remarks by making a surprised face, while Winnick responds by saying, “Spoiler. Oops.” Everyone involved then tries to go on with the interview as though nothing happened. Neither GMA nor Bunbury’s reps have responded to calls for comment according to The Wrap. It’s worth noting that Phillippe’s character does die in the original book upon which Big Sky is based, so it’s almost certainly true that he is killed at some point in the show as well.

Stars spoiling the developments in TV shows and movies during interviews is of course always a hazard, and there have been some memorable instances in recent years of big names letting things slip out about super-secret projects. Possibly the most well-known instance of a star spoiling a movie came when Mark Ruffalo blurted out the ending of Avengers: Infinity War during an interview, and indeed Ruffalo is a repeat offender, as he once also accidentally live streamed some of Thor: Ragnarok on his Instagram when he forget to turn his phone off. Ruffalo’s MCU co-star Tom Holland is also notorious for spoiling movies after he too gave away the end of Infinity War, after previously letting it slip that Spider-Man: Homecoming was the first in a planned trilogy. Sylvester Stallone also became a cautionary tale when he accidentally posted a picture of a script page from Creed that revealed Rocky’s cancer diagnosis.

It remains to be seen what repercussions Bunbury ultimately faces after seemingly giving away a major twist of her new show, but it’s safe to say ABC is not happy with the actress after her gaffe. Of course, the whole thing could also turn into a positive for Big Sky, as it’s now receiving a lot of free publicity thanks to Bunbury’s ill-considered comments. The show is set to premiere on ABC tonight, November 17, 2020 at 10 PM Eastern time, for those who still want to watch it after the spoiler.