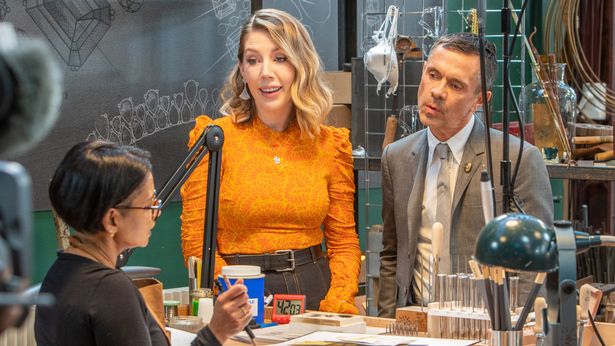 The BBC has stood by last night’s episode of All That Glitters: Britain’s Next Jewellery Star after a joke cracked by host Katherine Ryan prompted an online backlash.

Comedian Katherine fronts the show, which sees eight jewellers compete to become the next big name in jewellery.

And during the contest, Katherine stopped to chat with Sri Lankan-born designer Tamara.

Katherine urged her to have greater belief in her own abilities, reckoning that she would be more confident if she were a “straight white man.”

“Think about Boris Johnson, how pleased he’d be right now,” she joked.

And while Tamara laughed, some viewers took offence, some even branding it “disgusting.”

“Even if you have no interest in watching people hammer, solder and weld, Katherine’s wit and wisdom is reason enough to tune in.”

Next week’s show will see the contestants weld a chain collar, and produce a sweetheart brooch for an officer to take on her next tour of duty.

*All That Glitters airs Tuesdays at 8pm on BBC Two.