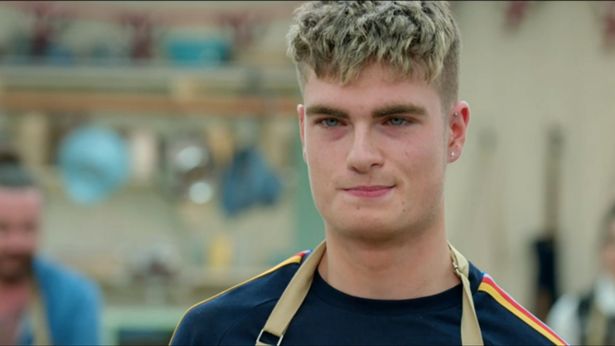 Former Great British Bake Off star Jamie Finn claims that contestants often leave the famous tent with much more than just their memories.

Jamie, who was 20 when he took part in the 2019 series of the Channel 4 show, says people often nick aprons and baking utensils when they’re sent home by judges Paul Hollywood and Prue Leith.

And he claims that some people in his series even managed to make off with electrical appliances.

Now, he’s encouraging the famous faces starring in this year’s Great Celebrity Bake Off for Stand Up To Cancer to do the same.

He exclusively told the Mirror: “They should make sure they sneak one of the famous aprons under their top when they leave, and maybe a baking utensil and a bowl or two… it may or may not be Bake Off tradition to leave with a sneaky stash from the big white tent!

He added: “Alexandra Burke can certainly hold a tune, but can she cook up a storm as well? She is used to performing under pressure, after singing on live television in front of millions, which will be a huge advantage in the tent. With Paul Hollywood arguably the Simon Cowell of the baking world, the question on everybody’s lips is can she impress Paul as much as she did Simon?

“Last, but definitely not least, is Star Wars superstar Daisy Ridley! We are more accustomed to seeing her in Hollywood films rather than covered in icing sugar, but will she be the star of this show?

“In my opinion, Daisy will definitely be the dark horse of the competition, and I think she may shock us all with some incredible delectable delights. I suppose if it all starts going pear-shaped, she could always use the Force to help her out as well!”