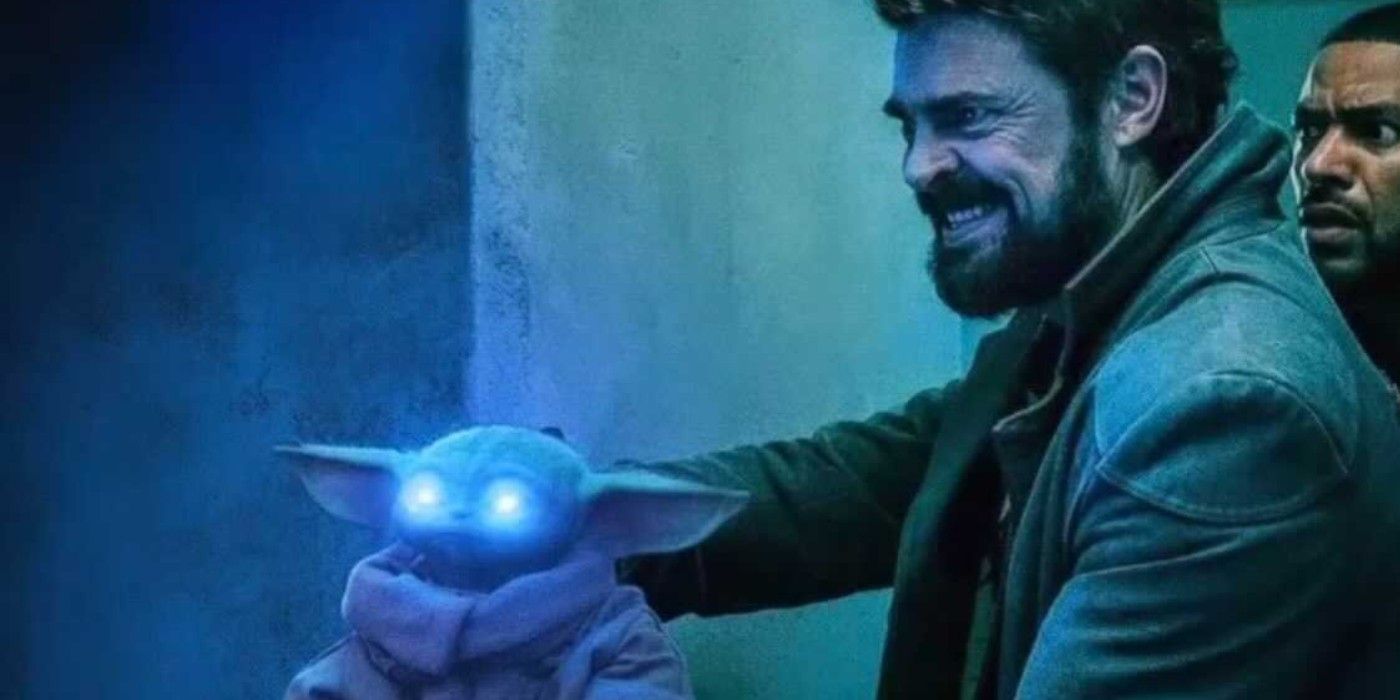 In a crossover no one knew we needed, The Boys and Baby Yoda come together in a hilarious photo edit. The Boys has run for two seasons so far on Amazon Prime, and it has been a wild ride. The second season saw Billy Butcher and his rag-tag team take on neo-Nazi supervillain Stormfront and the continued rise of megalomaniac Homelander. Big things are in store for when the show returns for season 3.

On the other side of the television spectrum, The Mandalorian similarly just wrapped up its second season. Baby Yoda, whose real name we now know is Grogu, went on more high-flying adventures with his adoptive dad Din Djarin. When Din loses Grogu to Moff Gideon, the finale finds him on a rescue mission to save his companion. The finale saw Grogu and Din part ways for the first time since the series’ first episode, and a new edit jokes that Luke Skywalker may not have been his savior after all.

Posted to The Boys Twitter account is a photo of Grogu in the hands of Billy Butcher. Butcher is holding Grogu forward as he enters some sort of room, and Grogu’s eyes are glowing blue. It seems as if Butcher is holding Grogu as a weapon, hoping he’ll clear out the area that Butcher and his team are entering. The show’s original post can be seen below:

It’s hard to imagine a world where Billy Butcher and Grogu meet, but once one does, it’s hard to forget. Grogu’s cuteness would be no match for Billy Butcher’s gruff attitude. Grogu would also be a solid asset for Butcher’s team. Grogu has shown off his Force powers here and there on The Mandalorian, but they seem to make the little guy really tired. Grogu would have to do some major training before he joined up with Butcher.

The Mandalorian has hinted at a darker side to Grogu, but that has yet to be explored in depth. With Luke Skywalker saving him at the end of season 2, it’s unlikely he would let Grogu go to the Dark Side. Grogu may still have a lot to learn about good and evil and about wielding his powers, but once he’s all trained up, maybe he can join The Boys for a quick mission or two. They could certainly use the help after what happened in season 2.