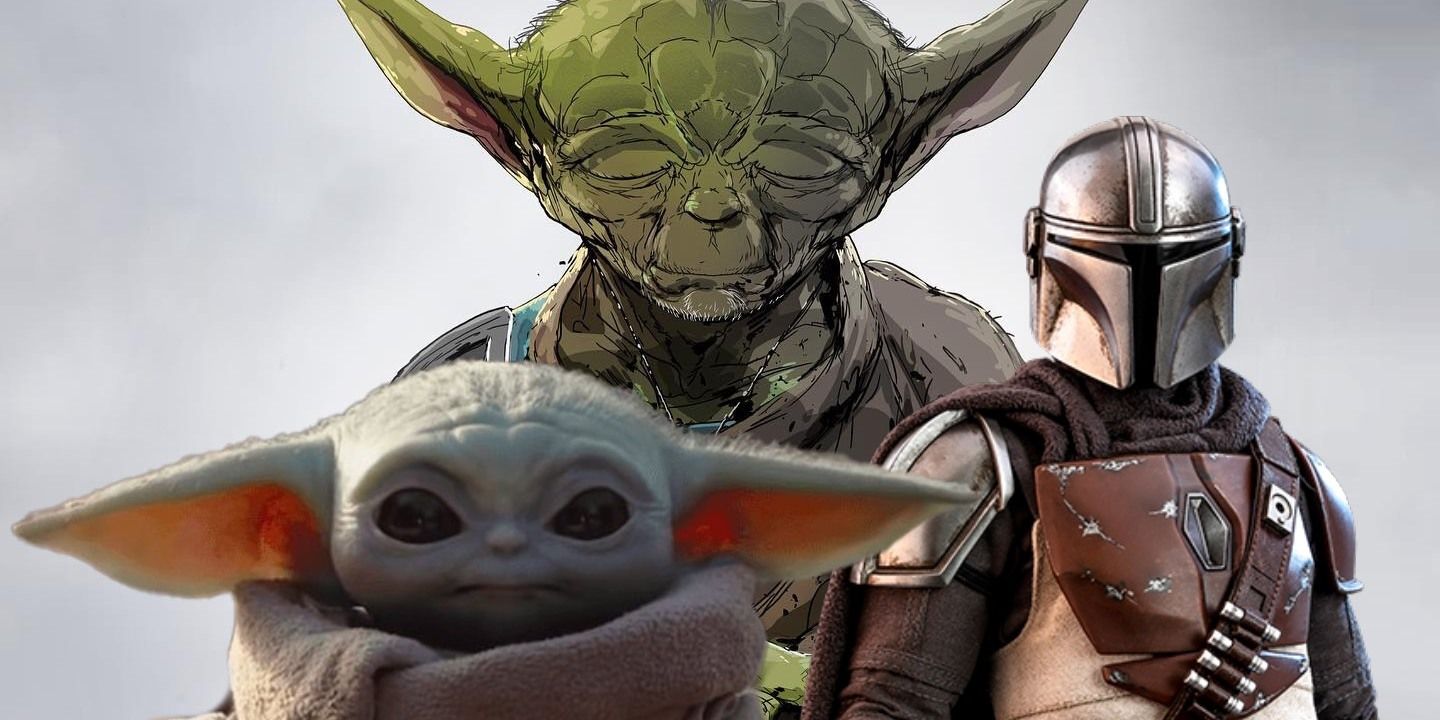 Baby Yoda becomes adult Jedi Master Grogu in a moving new image. The Mandalorian, streaming on Disney+, has been highly acclaimed since it’s 2019 debut by critics and Star Wars fans alike. The return to the vast universe featuring a Mandalorian bounty hunter named Din Djarin, aka Mando, played by Pedro Pascal, and his quest to safeguard a mysterious force-sensitive child from the clutches of the evil galactic empire has resonated with viewers in a manner far beyond that of Disney’s divisive sequel film trilogy. Much of the show’s success can be attributed to the unprecedented level to which the world has fallen in love with Mando’s young ward.

Up until recently, the Mandalorian’s adorable green travel companion was only referred to as “The Child,” yet affectionately christened “Baby Yoda” by the Star Wars fandom. In season 2, episode 5, titled “The Jedi,” Mando finds Ahsoka Tano, played by Rosario Dawson, who reveals the child’s true name to be “Grogu.” Many other secrets are uncovered in this pivotal episode, including that Grogu was raised at the Jedi temple on Coruscant and hidden away near the end of the Clone Wars, effectively saving him from being massacred along with the other Jedi children in Star Wars: Episode III – Revenge of the Sith. For her own unstated reasons, Ahsoka refuses to train Grogu but points Mando in the direction of planet Tython. There, he can bring Grogu to ancient ruins of a temple where the child will be able to choose to either let his abilities fade, or to ultimately walk the Jedi path once more.

New fan art from Instagram user mjhiblenart shows what Grogu could look like should he choose to embrace the force and grow up to become a Jedi master. In the picture, the mature Grogu wears pieces of Mando’s beskar armor, honoring his guardian/ father-figure, the Mandalorian insignia on a chain around his neck, and still carries the metal ball top from the Razor Crest’s control lever. You can check it out below:

The image also features Grogu sitting atop a mountain. This could possibly be the same “Seeing Stone” to which Mando was instructed to place Grogu upon reaching Tython. Given the rate at which Grogu’s species ages (the child is already 50 years old) as well as their overall lifespan (Yoda reached 900), the image suggests this mature Grogu exists centuries after the current events of The Mandalorian. With Din Djarin likely long gone, it’s touching to see the incredible bond Grogu retains for the bounty hunter who took care of him when he needed him most.

It’s also interesting to note that although adult Grogu does appear to be wielding the force in the artwork, levitating the metal ball like he did in the last episode of The Mandalorian, Grogu may not actually be a Jedi here. As part of their code, Jedi don’t hold onto material possessions. Grogu seems to have at least 3 in this picture, all of intense sentimental value and emotional importance, which would likely be deemed as dangerous by any Jedi that instructed him. A non-Jedi force user could answer the call, however, to train Grogu, or Ahsoka may possibly still come around to taking up the task. Ahsoka did turn her back on the Jedi order so if she were Grogu’s force instructor, it may explain his disregard for some of the strict Jedi edicts. With so many directions opening up for Grogu’s future, it will be interesting to see what happens when he finally reaches the mountain on Tython.