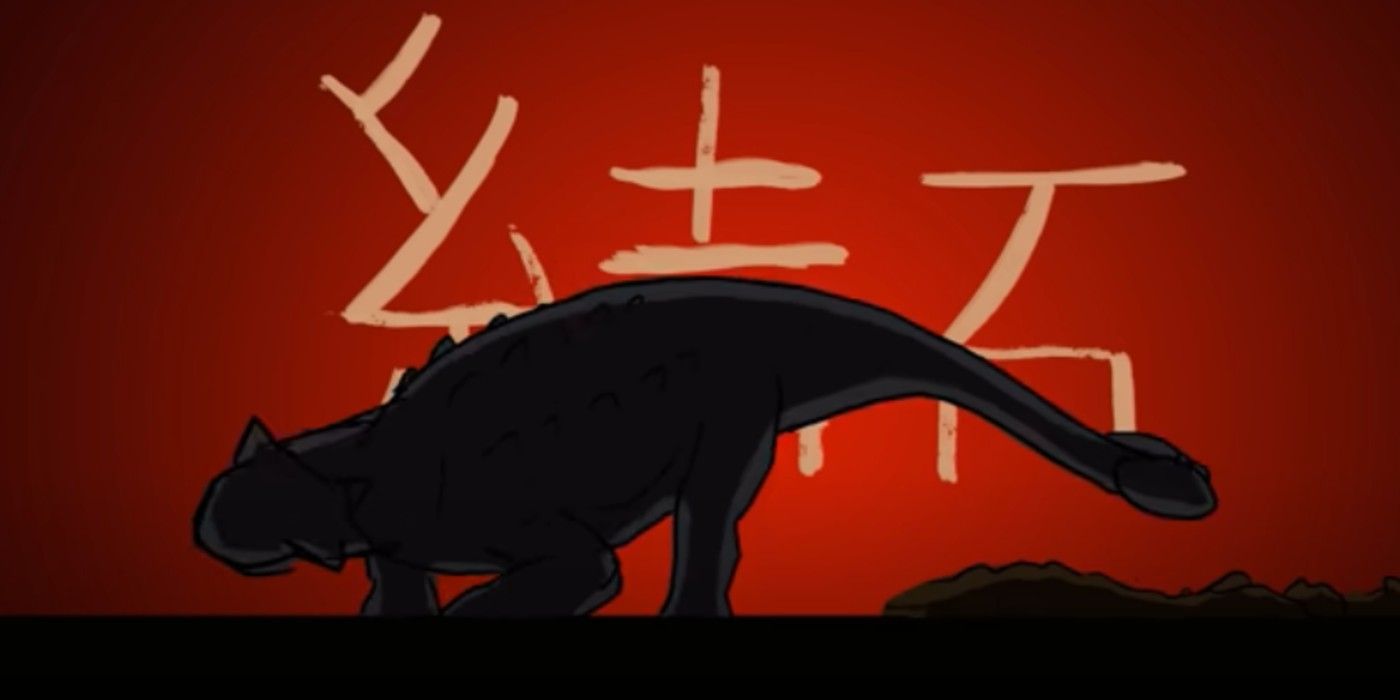 A stunning new video redoes the iconic Avatar: The Last Airbender intro…but with dinosaurs. The animated series debuted in 2005 and centers around the story of 12-year-old Aang, who comes into his own as the Avatar with the help of Katara, Sokka, and Toph. The show also focuses on exiled Fire Nation Prince Zuko, as well as his sister Azula. The show became a critical and commercial success and is widely referred to as one of the best animated series ever created.

The Avatar intro is one of the show’s most recognizable components. The opening sequence introduces audience members to the show’s premise, including the conflict with the Fire Nation and Aang’s ultimate goal of mastering each of the elements. To that end, the credits show four different benders with their respective elements. The Waterbender and Firebender are Master Pakku and Azula; while it’s more difficult to identify the Earthbender and Airbender, they are most likely Sud and Gyatso.

Arturo Garcia has recreated the famous Avatar intro, although he’s replaced the benders with dinosaurs. The short, fifteen-second video shows four different dinosaurs, each wielding their own elements. The video’s description explains that Garcia has included a Spinosaurus, Ankylosaurus, Dakotaraptor, and Azdarchid. You can check out Garcia’s incredible homage to Avatar: The Last Airbender below:

This isn’t the first time that talented creators have put their own spin on the Avatar opening. In fact, another animator reimagined the intro with different Pokémon, which led to Squirtle, Sandshrew, Charmander, and Pidgey all making an unexpected — but welcome — appearance. Perhaps these creations speak to Avatar’s enduring popularity and cultural significance. Although the series ended back in 2008, it’s looked back on fondly and clearly still means a lot to fans.

That being said, Avatar is getting a live-action Netflix adaptation. Yet after the disastrous 2010 M. Night Shyamalan Avatar film, fans are wary to say the least. To make matters even more complicated, Avatar creators Michael DiMartino and Bryan Konietzko had originally signed on to work on the Netflix series. However, the pair announced their departure from the project earlier this year after alluding to creative differences. As a result, many Avatar enthusiasts are concerned about both a murky plotline and character whitewashing, both of which were significant issues in the Shyamalan movie. To that end, it’s unclear if the Avatar: The Last Airbender Netflix series will be as successful as the Nickelodeon version. No matter what, though, the live-action should strive to capture the magic of the animated series, from the incredible story to the breathtaking intro sequence.