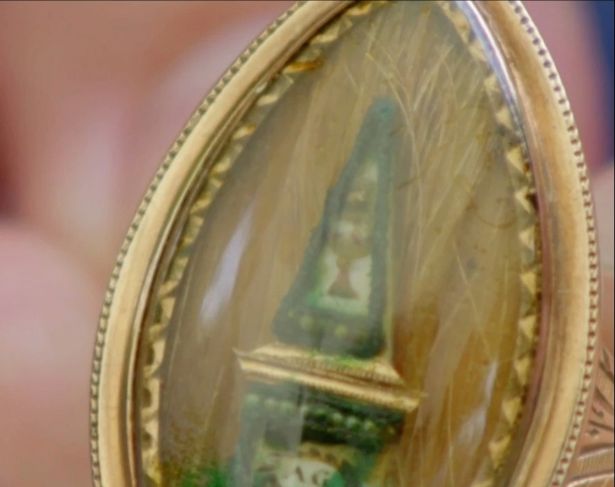 Antiques Roadshow viewers were disgusted after a mourning ring that had been taken along to be valued, was shown to still contain human hair.

The unusual piece of jewellery commemorates the life of someone who has passed and the owner was looking to have it reunited with the family of the deceased.

It was thought to have been from around 1787 and it had the name Anne Gratton engraved inside.

While this seemed a noble act, in trying to track down her family today, viewers were only concerned about one thing – that the ring still contained human hair.

This fact quickly grossed out those watching at home and they took to Twitter in droves to share their horror.

John explained that the ring was neo classical and made in the 18th century from gold.

It was as he described the piece that he pointed out the hair, which had many turned off from wanting to be the new owner of the ring.

He continued: “You have to remember the context and remember that people approached death in a much more stoic way back then.”