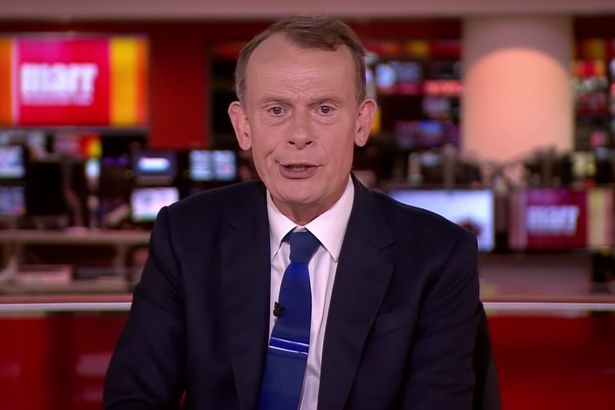 BBC broadcaster Andrew Marr has revealed he was struck down with a “nasty bout” of Covid-19 shortly after returning from a trip to cover the G7 summit in Cornwall earlier this month.

The newsman had to miss last week’s edition of The Andrew Marr Show and he started this week’s programme by thanking fellow presenter Nick Robinson for standing in for him.

Marr explained he’d been taken ill with coronavirus despite having had both his vaccinations.

Opening today’s show, he told viewers: “A warm thank you to Nick Robinson for standing in for me last week. I had a bit of Covid last week, despite being double-jabbed, and very nasty it was too.”

Horby: “I think you are right. You can be very sick and not end up in hospital”

Marr explained his early symptoms were similar to “a summer cold” before his condition got worse.

It’s not known where the broadcaster picked up the bug.

He filmed an episode of The Andrew Marr Show from Cornwall on June 13 when the world leaders were in the area for the G7 summit.

The programme was filmed at the Tate St Ives gallery away from the closed off area at Carbis Bay used for the summit.

The presenter was struck down by the virus after returning and had to miss last weekend’s programme.

Marr suffered a debilitating stroke back in 2013 and was likely to have been vaccinated early on due to his previous health condition.

Coronavirus cases have been rising in Cornwall recently but a spokesperson for Prime Minister Boris Johnson has insisted there were no cases linked to the summit.

They said: “We are confident that there were no cases of transmission to the local residents. All attendees were tested, everyone involved in the G7 work were also tested during their work on the summit.

“We always said, following the move to step three, that we will see cases rising across the country.

“That is what we’re seeing playing out.”