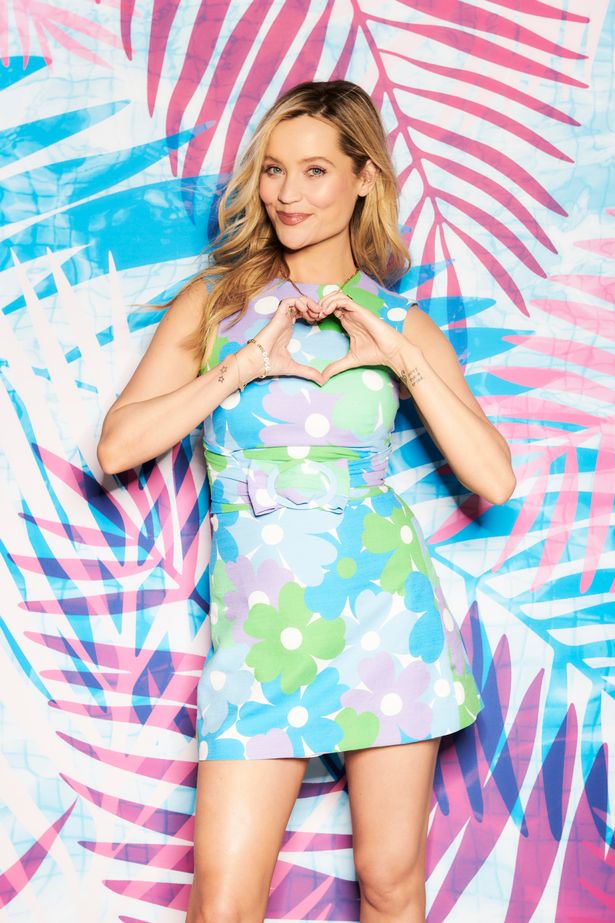 Laura Whitmore must be one of the luckiest people in Britain right now. Not only is she jetting off to an actual foreign location, she’ll be in Majorca to host one of the biggest shows on television.

And she’s doing it all with her new husband, comedian, presenter and Love Island voice-over star Iain Stirling, just months after they welcomed their first child into the world.

Laura, who admits “I’ve always been quite protective over personal things in my life”, got married quietly to Iain last year, and they had their daughter at the end of March. They live together in London with their pooch Mick and their very own pub “The Snug” nestled in the back garden.

That’s her life pretty much sorted!

Luckily, the same can’t be said for the contestants on the hugely popular dating show Love Island, who are all gloriously single and ready to mingle.

Do you find it hard not to get involved in the dumpings?

I find it really hard. I found it really hard after Casa Amor last year when I knew Callum was coming back with Molly and I had to walk in there, and I saw Shaughna… I knew he was walking in with another girl. All I wanted to say was run… but obviously I can’t do that. Even my eyes… I couldn’t look her in the eye. But I found that really hard, as she ended
up picking nobody and I was thinking, “Pick somebody!” But I’m not allowed to say that, obviously.

And finally, this is your first time in the Majorca villa, but what is your favourite part of the house?

That room where they get ready. The mess they make… I thought I was bad with my friends. I remember going in there and there’s make-up on the floor, they’re messier than I am. But that’s a fun room to get ready in. And I like it around the pool – wouldn’t we all like that?!