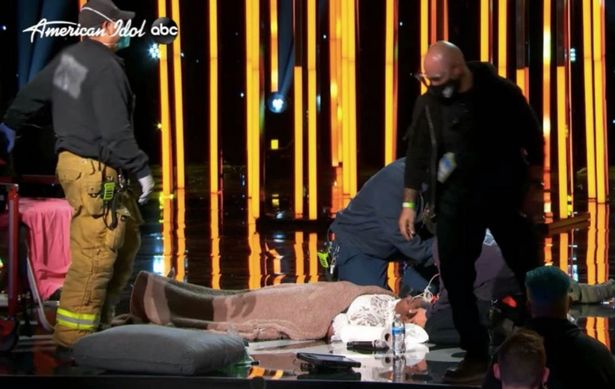 The talented star performed with her singing partner Ronda Felton when she took a turn for the worst, in front of horrified judges Katy Perry, Lionel Richie and Luke Bryan.

The scary moment happened just after Funke and Ronda received feedback for their performance of Barbara Streisand’s Tell Him.

Lionel told the two women, who were performing for Hollywood Week, that their performance was ‘crash and burn’ as they lacked confidence.

All of a sudden, Funke fell to the floor within minutes of receiving the feedback.

“I know that was traumatic. But we are here for you and we’re family.”

“I just am worried about her health, that’s the number one thing. I just want her to know I care about her and I want her to be okay.”

Viewers will be able to see Funke perform on American Idol when she recovers, just in time for the next episode.