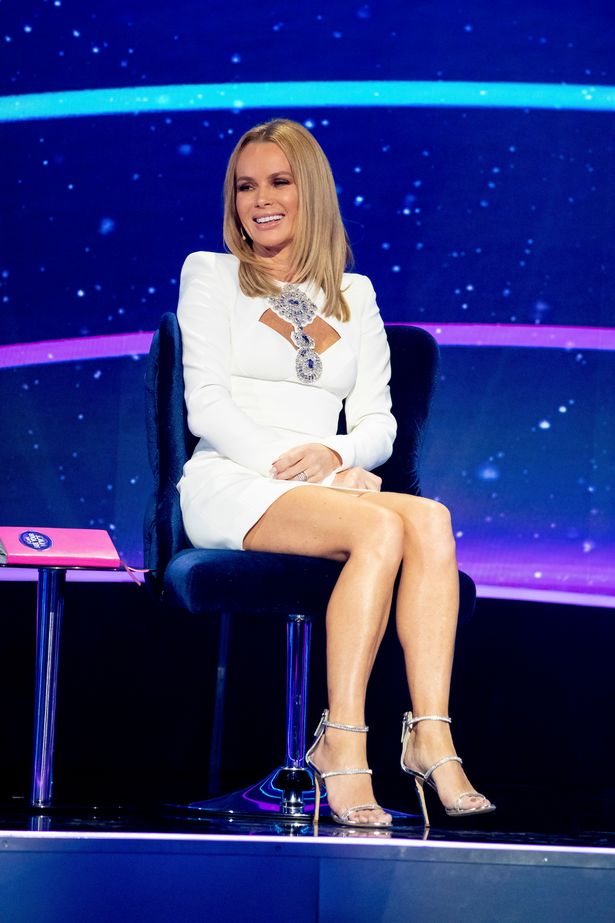 Amanda Holden has made history by becoming the first star to work on all three major UK TV channels at the same time after landing a secret job with Channel 4.

The 50-year-old will soon be on screens more than ever before as she helms shows on the BBC, ITV and on the top secret new Channel 4 project.

Amanda – who first enjoyed a taste of fame all the way back in 1991 as a contestant on ITV’s Blind Date – is currently featuring on BBC One’s I Can See Your Voice and is expected to return to the judging panel of Britain’s Got Talent later this year.

And now, canny Mandy has managed to scoop up even more work after previously refusing to sign a “golden handcuffs” deal to tie her to one channel.

Meanwhile, Mandy will be featuring on one of the world’s biggest TV shows later this month when she pops up on the Eurovision Song Contest to announce the UK scores for the 2021 competition.

Sharing a snap of herself dressed in white, she she wrote: “Starting to film a fun new project today #BackToMyRoots.”