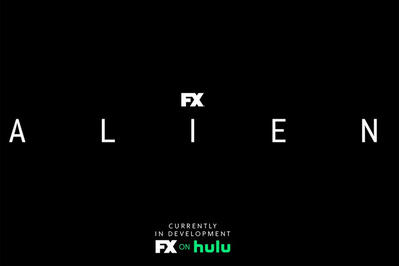 “We are moving quickly to bring audiences the first television series based on one of the greatest science fiction horror classics ever made,” Landgraf said during the presentation. “Alien will be helmed by Fargo and Legion‘s Noah Hawley stepping into the creator executive producer chair, working alongside Sir Ridley Scott, set not too far into our future. It’s the first alien story set on earth. And by blending both the timeless horror of the first Alien film with a non-stop action of the second, it’s going to be a scary thrill ride that will blow people back in their seats.”

No word yet as to who will be in the ensemble but given Hawley’s talent for attracting top-tier talent to his projects, there’s little doubt the cast will be watchable and probably contain some surprises. We’re curious to see the kind of space gore Hawley and company come up with in the new incarnation of the sci-fi classic. Creatures bursting out of people’s stomachs seems so old hat now.

Whatever the case, Hawley is sure to bring his considerable storytelling skills to the new series. We can’t wait to see what he and Sir Ridley Scott cook up.