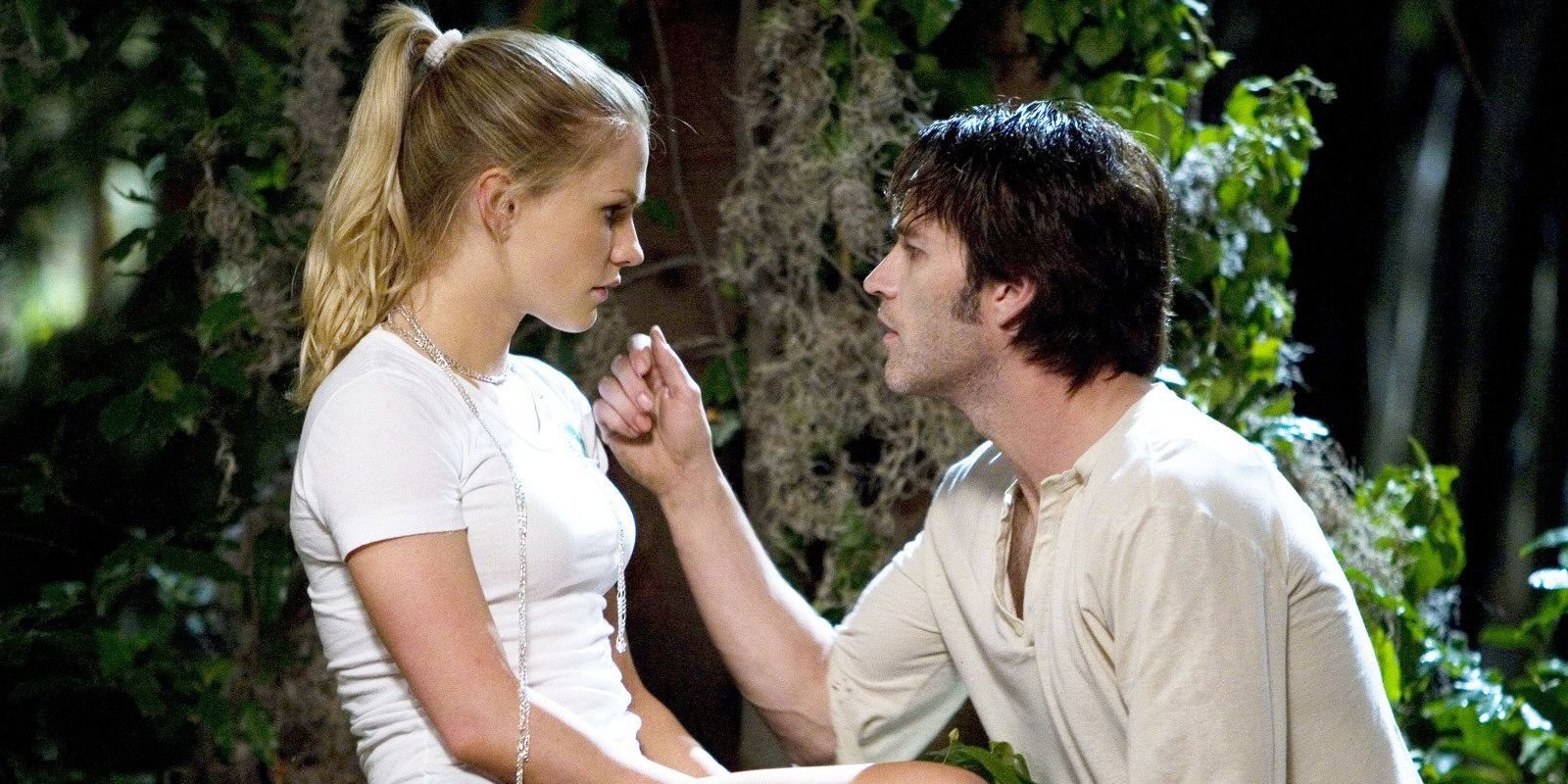 Anna Paquin was unaware that HBO was rebooting True Blood. It was announced yesterday that the premium cabler was in the early stages of rebooting the show. Alan Ball will be returning for the reboot that is executive produced by Riverdale showrunner Robert Aguirre-Sacasa. Besides who is involved behind the scenes, not much is known about the show or its cast. It’s not clear if the show will run on HBO’s linear channel or premiere on HBO Max either.

Paquin played Sookie Stackhouse through True Blood‘s entire original run. Her character was at the center of the struggle between competing factions of vampires and other supernatural creatures. The long-running show was, at one point, HBO’s most popular show, in line with the trend of vampire-centric content. At its peak, the show was the most viewed HBO program since The Sopranos. A reboot was all but inevitable for one of HBO’s most popular properties, but it looks as if they haven’t included significant players from the original in their plans.

Paquin responded to questions on Twitter as to whether or not she was involved in the reboot. Her response indicated that she was unaware that a reboot was in the works. Her co-star, Denis O’Hare, who played Russell Edgington, responded to Paquin’s tweet, revealing he was also unaware. Surprisingly, Charlaine Harris, the author whose novels serve as the basis for the series, announced she was also not informed in advance of the reboot.

Paquin’s response indicates that she hasn’t been approached to appear in the reboot, at least as of now. While O’Hare hasn’t either, his character was less pivotal than Paquin’s. The fact that Harris wasn’t contacted either is a bit of a bummer – as the author of the books the shows are based on, her input is vital for any successful adaptation. Details are scarce right now, so the studio may reach out to all of the players involved to get their input, if not ask them to appear in the show.

If Paquin isn’t involved and doesn’t get approached to appear, it seems as if the reboot will be a true redo of the original show. In this age of endless reboots, revivals, and reunions, it’s hard to tell whether or not a show is bringing back the original cast or just using the iteration as a starting point. Early signs show that this True Blood reboot may be a true redo of the original series, starting with a new cast. With Aguirre-Sacasa executive producing, it’s sure to embody the original’s mix of small-town charm and vampire horror, whether or not Paquin and the other original cast are involved.