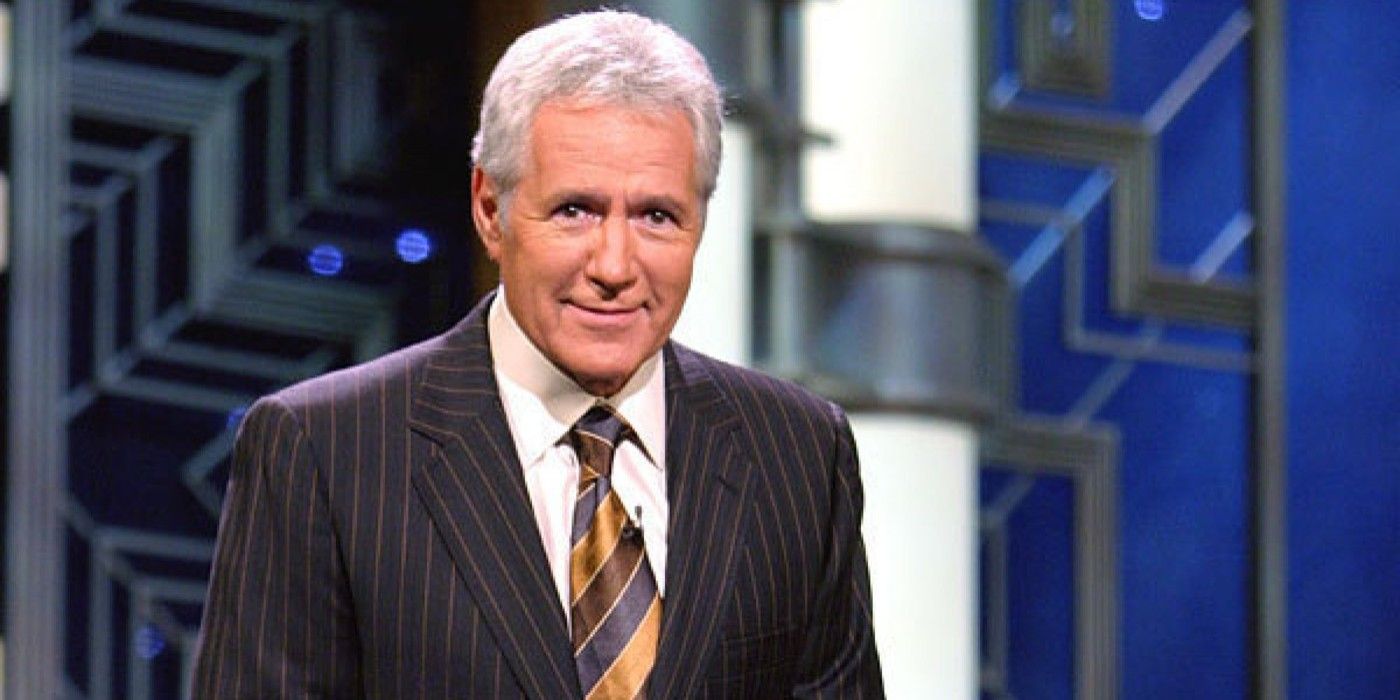 Alex Trebek’s final five Jeopardy! episodes began airing on January 4, and they started with a touching appeal from the show’s late host. Trebek passed away in November of 2020 after an extended battle with pancreatic cancer, leaving behind one of the greatest legacies in modern television history. His final shows will air nightly on ABC through January 8th.

As the host of Jeopardy! for 37 seasons, Trebek established himself over decades as one of the biggest names in game shows and television at large. He began hosting when the show was revived in 1984, and he stayed with it all the way through until his tragic death at the age of 80. Nearly half of Trebek’s life was spent hosting Jeopardy! for its millions of fans. During that impressive run, he elevated the series to a cultural status beyond other game shows. Thanks to him, Jeopardy! has become a massive cultural force and touched countless viewers’ lives.

Trebek always took his platform and its potential for positive influence seriously, even through his final days. The January 4 episode that began his last stretch on the show started with an appeal from Trebek to the show’s viewers. “This is the season of giving,” Trebek began, speaking to the camera. He then delivered a touching, heartwarming request for cooperation and considerateness as the world continues to struggle through the coronavirus pandemic, closing with the hope that “if we all pitch in, just a little bit, we’re gonna get there.” Watch the clip below from the Jeopardy! Twitter account.

Trebek’s opening speech is just one more example of the positive impact he had on so many who watched Jeopardy! nightly, even through the pain of his last days. Through his nearly 40-year tenure on the show, he carried himself with poise, kindness, and respect, promoting a culture of soft-spoken encouragement to all the viewers at home and in live-audience. While his passing remains tragic, Trebek’s legacy will nonetheless live on through those who were touched by his work and his words.

Replacing Trebek is an impossible task, but luckily, the show will eventually find a new host who can carry Jeopardy! forward in a way that pays tribute to its impressive history. Ken Jennings, former Jeopardy! champion will stand in as the first of several interim hosts while the production team searches for a permanent successor. The Jennings pick was hailed as controversial by some due to him having made past ableist jokes on Twitter. He has since apologized for those Tweets publically. Whoever takes over as the next full-time host of Jeopardy! will certainly have massive shoes to fill in Alex Trebek.