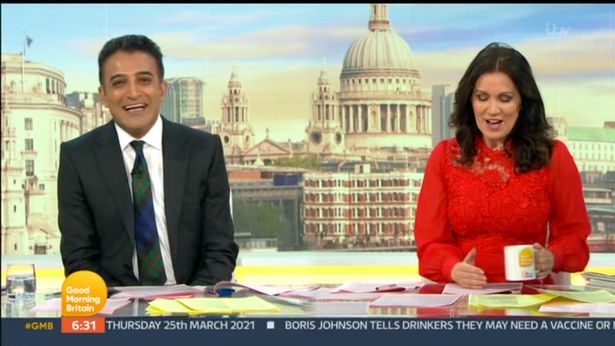 Good Morning Britain host Adil Ray made a return to the show on Thursday morning, as he hosted alongside Susanna Reid.

The presenter appeared to make an awkward nod to the recent big news on the show, which happened during his time away.

In scenes that went viral around the world, Piers clashed with co-star Alex Beresford over his comments following Meghan and Prince Harry’s interview with Oprah Winfrey.

Piers announced his exit from the show just hours after the clash that led to him storming off set on air, in a move that divided viewers.

The moment didn’t go unnoticed by some viewers tuning in to the early morning episode, with comments soon making their way onto Twitter.

One fan said: “Can’t decide which was funnier… Adil asking if he’s missed anything.. or the awkward response from Susanna.”

A second said: “Adil speaks before he thinks…”