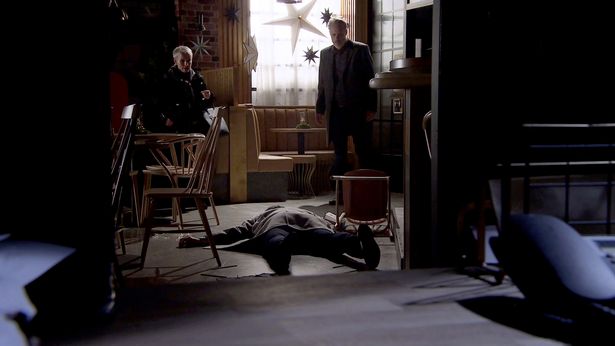 Adam Barlow was brutally attacked by a shadowy figure on Coronation Street tonight – but there are plenty of people who could want him dead.

Over the next few weeks, the police will close in on one main suspect, but have they fallen for a red herring?

Peter immediately hit the bottle and drunkenly lashed out at him in the street with Simon watching from the sidelines.

Has Gary turned killer once again to silence Adam? If so, it looks like he might be treading in Phelan’s footsteps.

The lawyer was also involved in a furious row with estranged with Sarah Platt as she let rip at him for sleeping with Carla.

But as their argument turned nasty, would she really follow him and try to murder him?

Carla has also felt as though Adam has ripped her life apart after revealing the truth about their affair.

Could she have lost her temper and brutally attacked him?