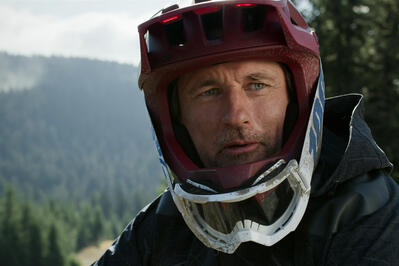 [Warning: The following contains spoilers for Season 2 of Virgin River. Read at your own risk!]

Well, color us shocked. There hasn’t been a cliffhanger that shook us to the core like the Virgin River Season 2 finale since the end of Sweet Magnolias‘ freshman season (we are STILL dying to know who else was in the car). It was a Thanksgiving treat to return to Virgin River, the snowy small town with lovable nice neighbors, all with a complicated past. It was gravy on top to see Mel (Alexandra Breckenridge) and Jack (Martin Henderson) finally admit they love each other and get together, but they still might not get a happy ending. Season 2’s final episode ended with Mel finding Jack bleeding out on the floor of his bar after being shot.

The audience didn’t get to see the violent encounter that led to Jack being potentially fatally injured (they wouldn’t kill Jack, right?), just that the veteran bar owner heard someone come into the establishment. But at the end of the season, there were multiple people who wanted Jack dead, so TV Guide put together a list of the top suspects until Season 3 hopefully reveals the assailant.

Suspect #1 – Calvin: If it looks like a bitter drug lord bent on revenge, it was probably the bitter drug lord bent on revenge. There’s no doubt that Calvin (David Cubitt) had motive for shooting Jack, after the latter ruined the plans for Calvin’s drug operation to expand and then got the construction site where Calvin was peddling illegal narcotics raided by the cops. Calvin was looking to retire soon and Jack is responsible for his whole team going to prison, so he’s definitely a prime suspect.

Suspect #2 – Brody: Yes, Calvin definitely wants Jack dead more than anyone, but if he had actually been responsible, he would have finished the job and Jack wouldn’t have been found alive. Brody (Ben Hollingsworth) was a target of the aforementioned cop raid, and there’s a slim chance that he could have been pissed off enough to shoot his former mentor. More likely, Brody could have been sent there to do Calvin’s bidding, since the boss has shown he doesn’t like to get his hands dirty himself, but Brody didn’t want to kill Jack on account of their past together. If that’s the case, it makes sense that Jack was shot in the lower pelvis rather than any place that would immediately kill him, giving Mel enough time to find Jack at the bar and hopefully save his life.

Suspect #3 – Charmaine: This is not as far-fetched as you might think. How many times can a woman let the same man break her heart? Yeah, she had already sworn never to let Jack see his unborn children after he said he and Charmaine (Lauren Hammersley) would never become a romantic couple. Maybe that wasn’t enough, though. If Charmaine was hurt enough, she could have come back to the bar for one more shot at Jack and when it didn’t go her way, taken it to violent extremes. And she’s a hair dresser, not a sharp shooter so she wouldn’t know where to shoot him fatally anyway (also, she loves him so we can’t believe she’d really want him dead).

Who do you think shot Jack?