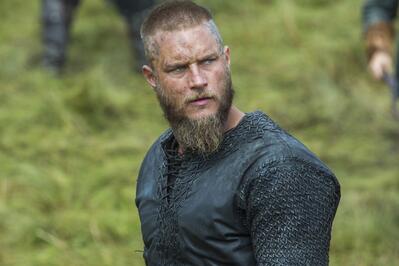 History Channel’s Vikings Season 6 isn’t coming back for a while and we still don’t know when Part 2 of the final season will premiere. The series is still preparing for its series finale later this year (the show is currently on break halfway through its sixth and final season, but there is a Netflix spin-off coming soon), so it’s time to look beyond Kattegat for the show you should watch after you finish Vikings.

We’ve plowed through all of TV to find shows that all Vikings fans will love. Not all are about Vikings; some follow other groups of warriors throughout history, and some feature more of the medieval swords and shields battles that Vikings has become famous for. If you’re here for more history or just here to see someone get their head cut off, you’ll find what you need in these shows that are similar to Vikings.

Someone at Netflix said, “Let’s make our own Vikings, but not quite as good.” And then Barbarians was born. The German series released its six-episode first season in October 2020, and follows the titular tribes of German warriors who battled the Roman Empire in the Battle of the Teutoburg Forest in 9 A.D. Like Vikings, it has lots of complicated inter-tribal politics, odd haircuts, and violent battles. But for true fans of Vikings, it might just feel like a knockoff.

You became such a big fan of Travis Fimmel from the early seasons of Vikings (Ragnar!) that you watched Warcraft just to see him again. That was obviously a mistake, but don’t let Fimmel’s latest project, his first TV series role since Vikings, sneak by without a watch. The HBO Max sci-fi series stars Fimmel as a space crusader trying to get his son back from a pair of androids who have taken the child to raise him on a deserted planet. It’s full of questions about parenting and religion, and is hard, weird sci-fi stripped down to its essentials with an assist from Ridley Scott, who executive produces the series and directed the first two episodes. Plus, Fimmel does some impressions of a duck, which shows off his goofy side.

Here’s the most obvious pick: HBO’s Game of Thrones. In fact, since Game of Thrones predates Vikings by a few years, it’s quite possible you found Vikings because of your love of Game of Thrones. But if for some reason you haven’t seen Game of Thrones, then a) where have you been? and b) you’ll find the only show in the last decade that has better battle scenes than Vikings does. And contrary to what you may have been told, Game of Thrones doesn’t emphasize fantasy elements. Yes, there are dragons, but when author George R.R. Martin crafted the story, he based it on history, specifically the War of the Roses in which several different families laid claim to the crown. It’s your call whether you want to watch the final two seasons, which sadly didn’t live up to the rest of the show.

Of all the shows on this list, The Last Kingdom is going to be most like Vikings, and should be your first stop if you’re trying to relive the thrills of Ragnar and company. Based on Bernard Cornwell’s Saxon Stories, The Last Kingdom nearly overlaps with the events of Vikings (which begins in 793), starting with the 866 Viking conquest of York. The show’s hero is Uhtred of Bebbanburg, a Saxon who is adopted by invading Vikings and raised as one of their own after the Vikings conquer his homeland, pulling him in two different directions as he has the blood of a Saxon but came of age as a Danish Viking. As the two shows are loosely based on the same history, some characters appear in both shows at different ages in similar stories separated by a generation of history.

A little tired of all the seriousness of Vikings, what with all the war, dismemberment, and family members stabbing each other in the back? The rugged world of ancient Norse life slips on a banana peel in this English-language Norwegian comedy that spoofs Viking culture with a sense of humor somewhere between Monty Python and the Farrelly Brothers. Though everyone’s wearing animal skins and tattered armor, some of the dialogue is decidedly modern, like when the show’s version of The Seer says, “Hate the player, not the game,” when trying to get the village’s reluctant handmaiden to drink a cocktail of spit to fulfill a prophecy. It’s entirely silly, but that’s the whole point.

Following the deserved success of Vikings, History Channel sought out more historical dramas in the same vein, shows that use history as a blueprint and then craft an intricate drama around it. 2017’s Knightfall most closely resembles the strategy History set forth with Vikings, this time moving to the 14th Century to visit the Knights Templar. The series follows Landry de Lauzon, a disenchanted Knights Templar whose faith is once again stirred when he learns the Holy Grail — yes, THAT Holy grail — has reappeared in France.

Vikings is such a hit for History that the network launched this companion docuseries in 2016 for fans thirsting for more knowledge of Viking culture. Using behind-the-scenes access, interviews with historians, and conversations with the show’s stars, Real Vikings goes deep into the history of the Vikings, from their paths of plundering to their spiritual ceremonies to their sea-faring technology. There are only four episodes, but it’s a must-watch for fans who want to explore more Viking culture.

Where to watch: Hulu, Starz

If “Yarrrrrr” is more your speed than “Skoll!,” then set sail for the underrated pirate drama Black Sails. Like Vikings, it intricately details a culture that most of us know more from Halloween costumes than actual history, with different factions set up against each other as they all want the same thing. In Vikings‘ case, it’s land, in Black Sails‘ case, it’s treasure. Black Sails is actually a gritty prequel to Treasure Island, with characters like Long John Silver, Captain Flint, and Billy Bones from Robert Louis Stevenson’s books brought to life in a thrilling drama. It doesn’t have as many battles as Vikings, focusing more on the renegade cutthroat strategy of these sea-faring bandits, but when ships do clash in the crystal-blue open waters, it’s some of the best action ever seen on TV.

Where to watch: Starz

You know what? It’s OK to like Vikings for its bloodletting. And if it’s spurting crimson you want, it’s a tidal wave you’ll get in the Starz series Spartacus. One of the most brutal and violent series ever, Spartacus is set in 72 B.C in the Roman Empire and follows the gladiators who made murder a sport, which Spartacus is more than happy to show off in artfully cinematic ways. And in keeping with the hedonism of the times, the show is also loaded with sex and nudity, because I know that’s also your thing.

If Vikings‘ complex political drama is what intrigues you, you’ll get a faceful of the same in Netflix’s The Witcher. It’s far more fantasy-based, however, spectacularly bringing Polish author Andrzej Sapkowski’s novels about a monster hunter fulfilling an unknown destiny to the small screen, while also laying out an expansive battle for a continent between a brutish empire and several independent nation-states. Plus, Henry Cavill is the only other charismatic sword-swinging hunk who can hold a candle to Travis Fimmel.

Vikings is now available on Hulu and Amazon (partial seasons).