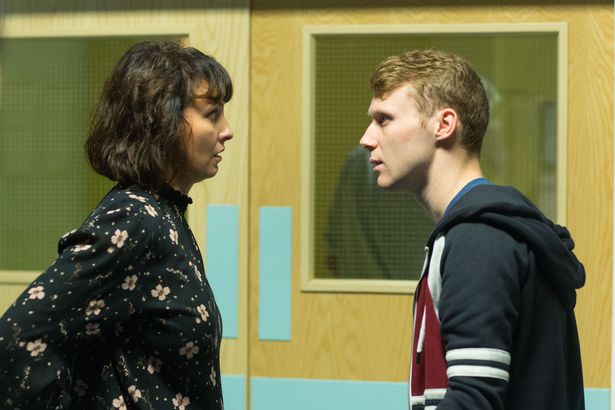 EastEnders fans are predicted that Jay and Honey Mitchell could become romantically involved after he becomes her rock following her harrowing rape ordeal.

The pair have become very close after lockdown when they both lived together, while Jay was separated from Lola.

However, Jay and Lola have drifted apart, with him not realising that she is struggling from the guilt of sleeping with Peter while she believed that they had split up.

Last week, Honey appeared to have a spark with a man named Paul she met and Jay urged her to go on a date with him.

As Honey meets with the detective on the case next week, Jay is amazed at her strength.

And their closeness has prompted viewers to speculate that they could become romantically involved.

One tweeted: “Honey talking of cheating but I feel she will be having an affair with jay very soon… after this attempted rape scenes with honeys date next week.”

While another commented: “I can’t wait to watch if the rumours are true the Honey and Jay relationship #EastEnders.”

A third wrote: “Wait, is Jay and Honey heading for an affair? Neutral face @bbceastenders #EastEnders.”

“Who thinks honey will go of with Jay? #EastEnders,” another asked.

One questioned: “Is Honey falling for Jay #Eastenders.”