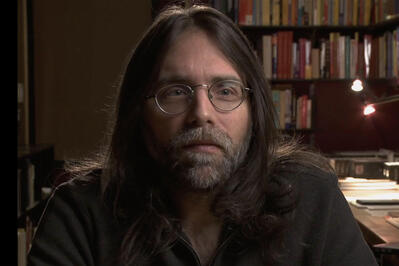 Keith Raniere, the leader of the high-profile NXIVM cult, was sentenced Tuesday in a Brooklyn federal court to 120 years in prison and ordered to pay a fine of $1,750,000. Following a morning of listening to statements from 15 of Raniere’s victims, Senior U.S. District Court Judge Nicholas Garaufis handed down the sentence, calling Raniere “ruthless and unyielding” in “particularly egregious” crimes that targeted girls and young women, the Associated Press reported.

Raniere, 60, was convicted last June of sex trafficking, forced labor, production and possession of child pornography, racketeering, and wire fraud. “I do believe I am innocent of the charges,” he said in court on Tuesday. “It is true I am not remorseful of the crimes I do not believe I committed at all.”

In their statements to the court, Raniere’s victims called him a “parasite” and a psychological “terrorist,” the Albany Times-Union reported. “I still hear his voice in my head, and it continues to be a daily struggle,” said one woman, who was 15 years old when Raniere began preying on her. The woman’s older sister, who was 16 when she became involved with Raniere, was confined to a room for nearly two years after she kissed another man. “You abused my innocent body, (messed) with my mind, and turned my family against me,” she said Tuesday, per the Times-Union.

NXIVM (first known as Executive Success Programs) was founded in 1998 by Raniere, the former head of the disgraced 1990s multi-level marketing company Consumers’ Buyline, and Nancy Salzman, 66, a former psychiatric nurse and trained hypnotist. The alleged sex cult and multi-level marketing scheme masqueraded as a self-help program that attracted wealthy, famous, and influential people, including Hollywood stars like Smallville‘s Allison Mack and Battlestar Galactica‘s Nicki Clyne; the heiresses of Seagram’s liquor fortune; and the son of a former Mexican president. Raniere, called “Vanguard” by NXIVM members, served as the top leader of the organization and its various subgroups, including DOS — a secret women’s organization that assigned its members “master” and “slave” roles and branded their pelvic areas with a symbol that featured Raniere and Mack’s initials.

Raniere and NXIVM have been subjects of two recent TV documentary series: The Vow on HBO, and Seduced: Inside The NXIVM Cult on Starz.

The Vow focused on several of the group’s defectors, chronicling how they came to embrace Executive Success Programs, which became NXIVM; how they lost faith in the group’s leaders and abusive practices; the threats they faced after defecting; and their efforts to heal and seek justice. The series has been renewed for a second season, which is expected to reveal more details about NXIVM’s inner workings and center around Raniere’s trial.

Seduced focuses in India Oxenberg — the daughter of Dynasty actress Catherine Oxenberg — who joined NXIVM in 2011 and left the group after Keith Raniere’s arrest. The four-part series is currently airing on Starz. Oxenberg, 29, co-executive-produced the series and also wrote a memoir titled Still Learning, which was released in audio form on Oct. 27.

Raniere was arrested at a hideout Mexico in March 2018 on charges including sex trafficking. Lauren Salzman, the daughter of Nancy Salzman and NXIVM’s head of education, testified in Raniere’s trial that Mexican authorities had interrupted his plans for a group sex “recommitment ceremony” with several of his “first-line slaves” in Dominus Obsequious Sororium (DOS). The Latin name is roughly translated as “master over slave women,” and Raniere was the sect’s “grandmaster.”

According to the Albany-based newspaper The Times-Union, Salzman testified that when the armed officers burst in, Raniere hid in a walk-in closet. “Everything he taught us was this … what men do, what women do,” Salzman said in court. “And then he didn’t do it — and I did do it.”

Prosecutors later accused Ranier of having sex with a 15-year-old girl, and he was charged with “coercing a child to engage in sexual conduct to produce visual depictions of it, and of possessing child pornography between 2005 and 2018.” Following Raniere’s high-profile trial in 2019, jurors delivered a verdict of guilty on all counts, after deliberating for less than five hours.

In the months immediately following Raniere’s arrest, Allison Mack, Nancy Salzman, and Lauren Salzman also were arrested, along with NXIVM bankroller Clare Bronfman, and bookkeeper Kathy Russell. All of the women took plea deals, and all except Bronfman are awaiting sentencing dates.

Bronfman, 42, admitted to helping Raniere use the credit card of late NXIVM member Pamela Cafritz after she died of cancer. She also confessed to harboring a Mexican woman who was brought to the country on a fake work visa so that she and NXIVM could exploit her labor. She was sentenced to nearly seven years in prison.